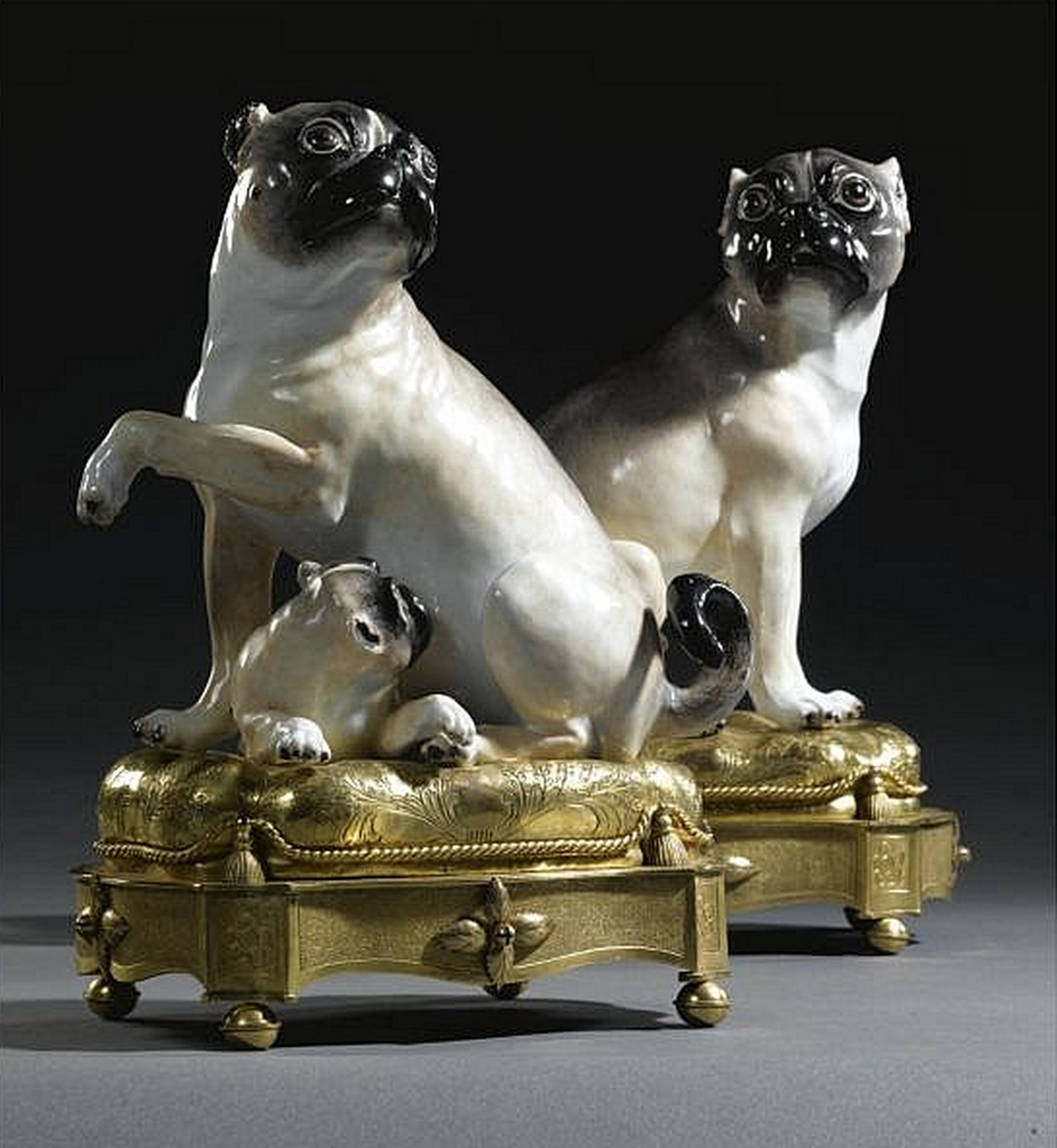 Who doesn’t love a good secret?

Freemasons did. The highly secretive group first became official in 1717,  but in 1738, German Roman Catholics were forbidden from joining the Masons by Pope Clement XII’s papal bull, “In Eminenti Apostolatus Specula.” The fraternity was seen as a breeding ground for dangerous political thought, and any Catholic joining the Masons was excommunicated.

Nevertheless, the group continued under a guise called ““Mopsorden” (the order of the Pug)” devised by Clemens August of Wittelsbach, the Elector of Cologne. In essence, members were still German Freemasons who tweaked the format to be able to conduct their now verboten activities. Members called themselves Mops (German for Pug) because of the breed’s loyalty, trustworthiness and steadiness. Not surprisingly, the Pug became the group’s secret symbol.

However, there may have been a more subtle reason for the choice of a Pug. The breed was thought to be something of a subversive emblem of the Enlightenment, and England in particular. Pugs came to England with King William III when he was brought from the Netherlands by Parliament to replace his uncle and a way-too-Catholic father-in-law, James II.  European intellectuals came to admire this new style of English government and free thinking, and owning a Pug was a subtle way of showing solidarity with England’s revolution without getting arrested, or worse, thrown into a dungeon. In Paris, Pugs were associated with Voltaire and Diderot.

According to “Freemasons for Dummies” by Christopher Hodapp (a former editor of the “Journal of The Masonic Society”), newbies were required to wear a dog collar and gained entrance to the lodge only by getting down on all fours and scratching at the door. Initiates were hoodwinked and led around a symbol-filled carpet nine times, while the assembled “Pugs” of the Order barked loudly and yelled “Memento mori” (‘Remember you shall die’) to test the steadiness of the newcomers.

The blind candidate was required to kiss the Grand Pug’s backside under his tail as an expression of total devotion (in reality, a porcelain pug dog). In a departure from the Freemasons, women were allowed to become members as long as they were Catholic, but the Grand Master was always a man. Each lodge required two lodge masters (or Big Pugs, one man and one woman called a Grand Mistress, and they alternately shared the governing role.

Members of the order carried a silver Pug medallion, but in 1745, the order was “busted” when its secrets were “exposed” in “L’ordre des Franc-Maçons trahi et le Secret des Mopses révélé,  a book published in Amsterdam.  Details included the ritual, and two engravings illustrated their rite. 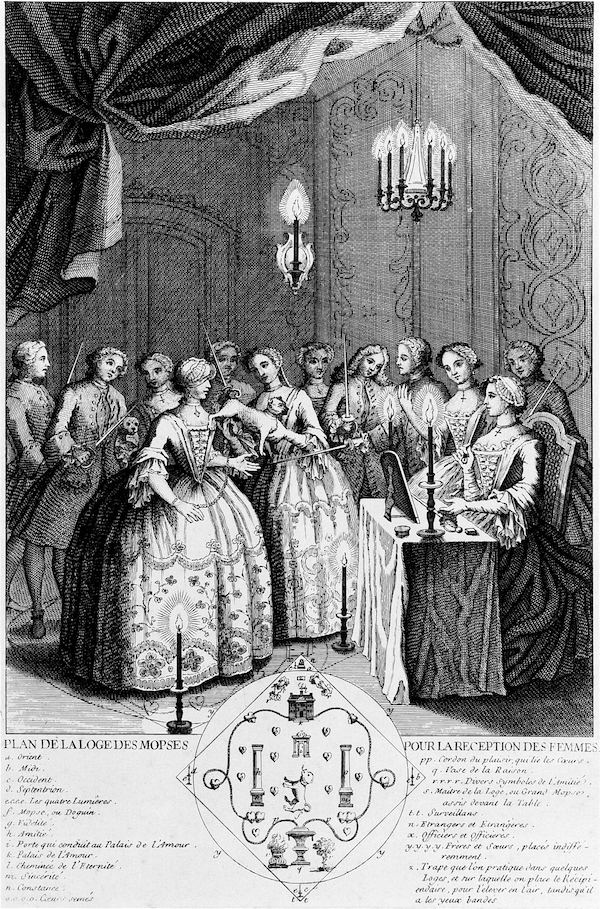 Around 1740, German sculptor and master model maker of the Meissen porcelain factory in Germany,  Johann Joachim Kaendler, was commissioned to create a curious series of sculptures which were a group of porcelain Pug dogs designed as secret emblems for the Mopsorden. 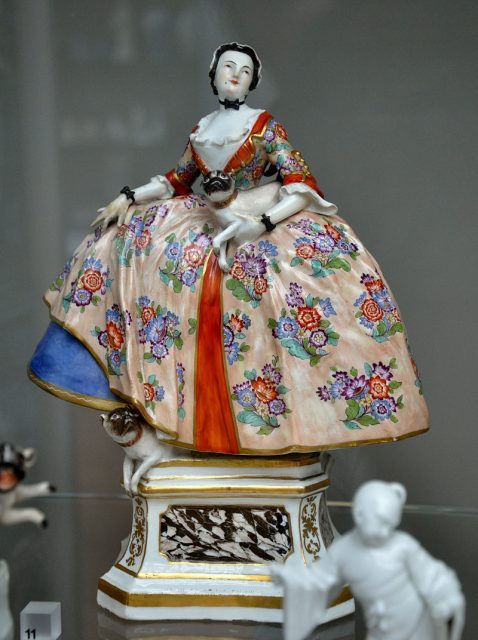 The Order of the Pugs was banned by Göttingen University in 1748. The lodge fees and their control over their members formed the excuse for the closure, and after a government investigation, the lodge documents were passed to the university authorities. While German sources state that the order was short lived,  rumors circulated it was active in Lyon as late as 1902.