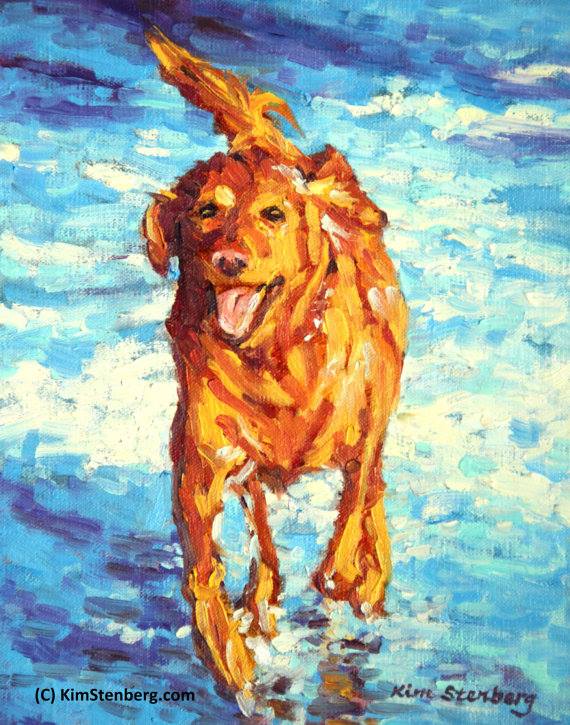 One of the hardest things to learn for a “newbie” in the dog fancy is to evaluate movement, particularly in hairy dogs. In our opinion, it takes time to develop an eye, but once developed, one cannot help but observe movement in all living things, including the person crossing the street in front of your car at a red light.

Viewers watching a dog show on TV may not realize that when a judge is examining a dog, (we’ll say the judge is a man), he is validating with his hands what he saw with his eyes when the dog moved.  And when the dog moves, he is conjuring up in his mind the breed standard, and in particular, the sections dealing with movement. Does the exhibit he is observing demonstrate not just soundness, but type?

“Type,” is that quality that makes a Fox Terrier look like a Fox Terrier and not a Malamute, but in the view of many, type can also include movement. The short, stilted gait of the Chow Chow is type. The lively, hovercraft movement of the Puli is type. The  amble or pace at slower speeds is type in the Old English Sheepdog.

Dog gaits are split into two categories: Symmetrical where the movements of the sides mirror each other, and asymmetrical where the movements of the sides are not the same. Seasoned dogmen (written to mean all people, not just males) believe there are six different gaits: walk, pace, amble, trot, canter and gallop, and three gallops (the double suspension gallop, the half bound gallop and the glide gallop). Author and judge, Robert Cole, writes that there are also eight trotting styles, and as an example, the Golden Retriever is an endurance trotter. Endurance trotters tend to be a bit longer than tall, and their length of leg is equal to the depth of body. In the moment that the dog changes diagonals, all four feet are off the ground. Cole has written that the best moving dog he has on film is a of Golden Retriever.

2 thoughts on “Moving Along”