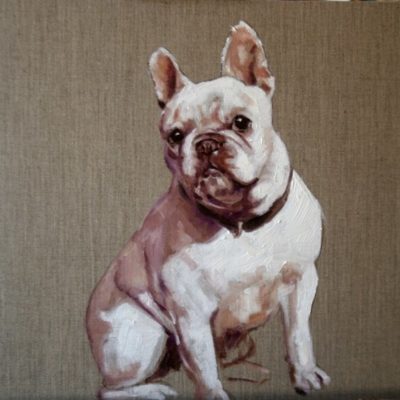 Different breeds have claimed the title of “The Clown Prince of Dogs,” and they’re probably right, but to our knowledge, only the Klun French Bulldog Club of the Free State (South Africa) made it official. Though the club no longer seems to be active, their website once explained: “The club’s name, “Klun,” is the phonetic version of the word clown in French, describing the character of the French Bulldog.”  That said, the Klun French Bulldog Club, which seems very active indeed, is presumably so named for the same reason.