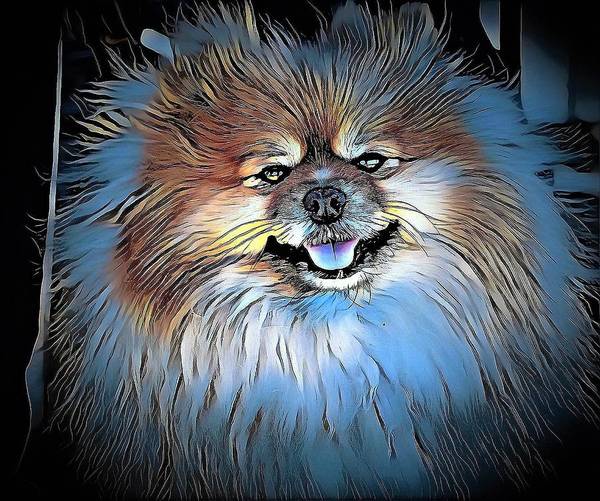 What do you get when twenty-four colors and nine allowed markings acceptable to the AKC are for just for one toy breed?

You get a delightful “rainbow” dog we call the Pomeranian.

Its breed standard is a bit on the dry side (no offense) when it writes that “all colors, patterns, and variations there-of are allowed and must be judged on an equal basis.” The statement doesn’t really quite cover the rich panoply of tints and shade that a Pom can rock, but in this post, we’re covering just one of them, the Blue Pomeranian.

Long suffering NPDD readers know of our fondness for “setting a mood” with a song, so here we go:

One doesn’t see blue Pomeranians as much they used to be seen “back in the day” when the color was highly favored.  It’s ironic, really, that both rarity and popularity may be equally due to blue being a challenging color to breed. A blue must be bred to a blue to guarantee blue puppies.  On occasion, a breeder might whelp a blue puppy out of black, brown, or sable parents, but this is a recessive wholly unreliable if breeding for color, and as NPDD readers know, color should take a back seat to breeding for soundness, temperament, and type. Just saying. 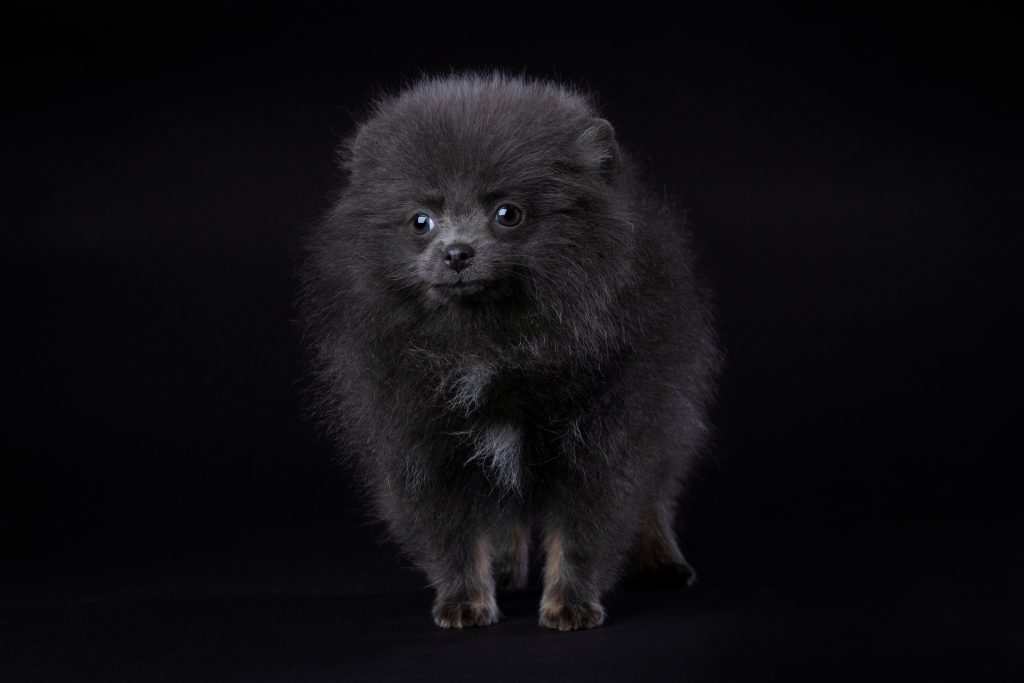 Blue Pomeranians have a diluted black coat, but with blue points. This shouldn’t be confused with a Pom who has a black base color combined with a merle pattern as this is actually a Blue Merle. Nor is this a dog with a blue base coat, and dark blue guard hairs ending in black tips – this is a Blue Sable, and it occurs when the dilute (d) gene diminishes the depth of the existing black pigment so it looks like it has a bluish tinge. When these pups are born, they seem blue. To round out the “blues,” there is also a Blue Brindle in which the base color is gold, red, or orange-brindled, and has strong blue cross stripes. No, true blue Poms are born more the color of silver or metal black before they develop a silvery gray undercoat and a darker, slate blue or dull black top coat – and they have that dark blue nose, lips, pads on their feet, as well as eye rim pigmentation in kind. This leads us to the fact that Blue Pomeranians aren’t classified as such because of their coat color. A blue Pomeranian is distinguished by the color of his nose which typically has a bit of blue coloring. From the AKC standard: Nose – pigment is black except self-colored in chocolate, beaver and blue. Blues may sometimes have blue eyes as well.

Images: The top art image is “Frozen Hound” by Giro Tavitian which is available for purchase as fine art, and as home decor and lifestyle items here.  The photo of the blue Pomeranian is from Adobe Stock Photos.

We invite owners of Blue Pomeranians to share their photos so we can all learn!