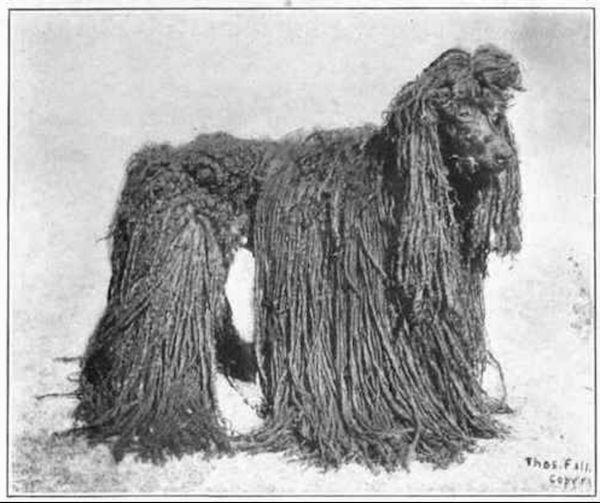 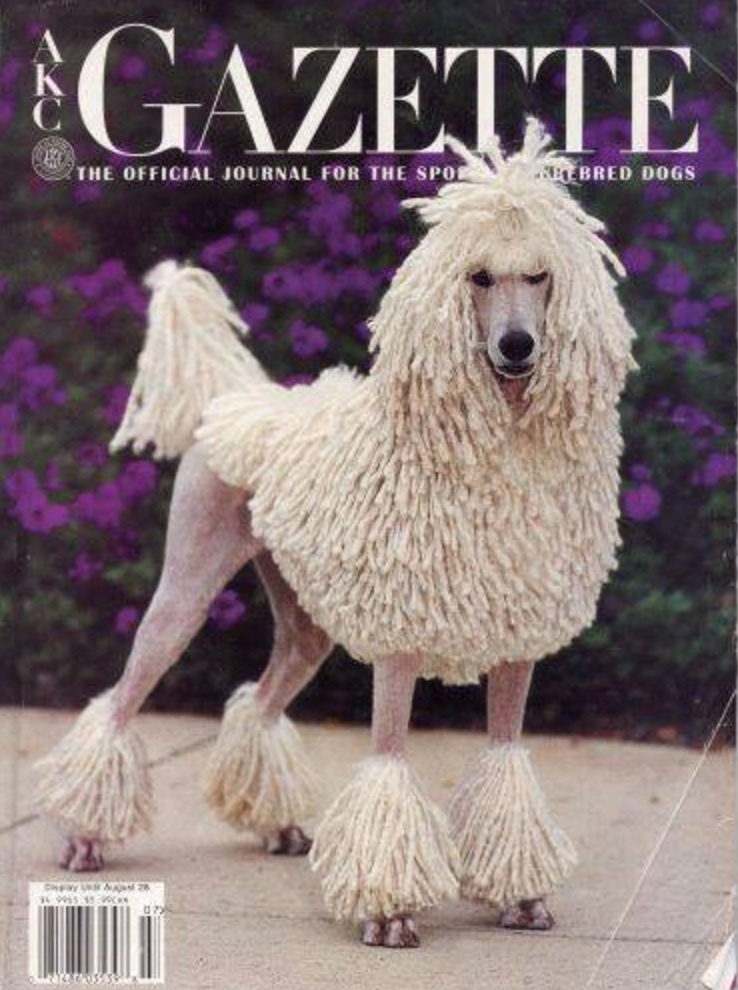 His name was Ch Achilles. He stood 23 inches tall, but his 30″ long hair dragged on the ground as he strolled. He was the first Poodle to earn a championship in England – and he was corded. His rump, legs, tail, feet and head were shaved leaving some cords at the end of his tail, and a bit to form a mustache.

Back in the day (this was the 1800s), corded Poodles were thought to have an entirely different coat from other Poodles called
“curlies.” The corded dogs were exempt from English Kennel Club rules that applied to the preparation of dogs for the show ring. They were the only dogs requiring that the coat be clipped, and the cords oiled. This is a far cry from the coat we see on the exquisite cream corded Poodle at the right, “Carley,” who graced the July, 2000 cover of the #AKC GAZETTE;  “Carley,” was owned by Charla Gordon and shown by Dennis McCoy.

Image of Achilles found on Pinterest and happily credited upon receipt of information.

5 thoughts on “His name was Ch Achilles”