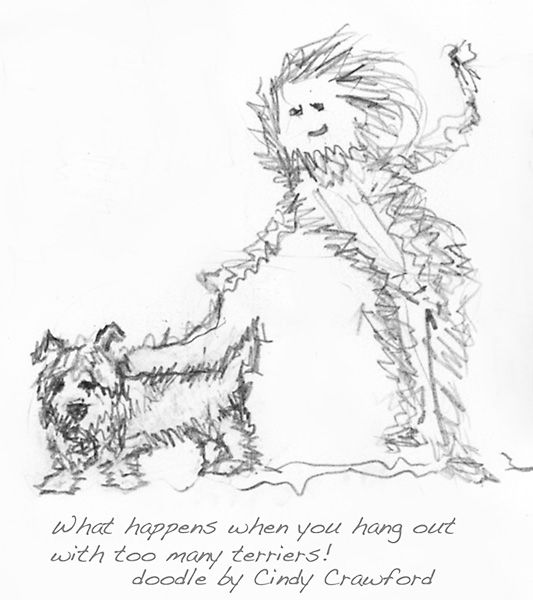 It’s generally assumed that the Glen of Imaal Terrier is named for one of Ireland’s most remote locales,  the Glen of Imaal in County Wicklow, Ireland (known in Irish as Gleann Uí Mháil or Gleann Ó Máil).  Situated near the eleventh highest peak in Ireland, Lugnaquilla massif, the area is better known today as a firing range for the military, and as a mighty walk-about for brave hikers deep in the heart of wild country. Hikers, as an aside, are advised to watch for posted firing schedules and not to pick up strange objects or else ↓↓↓↓↓↓↓↓↓↓↓↓

With regards to the Glen’s name, we’ve come across an interesting, if not circuitous, alternative explanation.

The breed’s Irish name is Brocaire Uí Mjáil, and in the 7th century, Uí Máil (also seen as Uí Mjáil and Ó Máil) was the name of a prominent dynastic family that was descended from Maine Mál, brother of Cathair Mór, a high king who died in 122 AD.

The Uí Mjáil dominated the kingship of Leinster until the Uí Dunlainge, those irritating Old Irish “grandsons of Dúnlaing” from the lowlands of today’s County Kildare, toppled them. By then, however, the Uí Mjáil powerhouse was the precursor of a number of families in Ireland, both Gaelic and Norse speaking,  and the valley was the center of their power.

The Glen of Imaal Terrier was first presented at the Lisburn Dog Show in England in 1870, and recognized by the Irish Kennel Club in 1934, and if some fanciers are correct, the breed predates both events by centuries.  The earliest date of origin we found for the Glen was the 16th century, far more recent than the 7th century and the presence of the Uí Máil dynastic family, but it’s entirely possible that in a round-about way, the breed got its name from a valley that took its name from the Uí Mjáil, hereditary rulers of the area. The Irish name, “Brocaire Uí Mháil” is believed to be a combination of the word for “terrier,” brocaire,” and Uí Mháil.

For a little more history on the breed, read a previous post below:

Our top image is a doodle by Cynthia Crawford captioned, “What happens when you hang out with too many terriers.” Crawford has done a number of Glen imagery that you can see here.