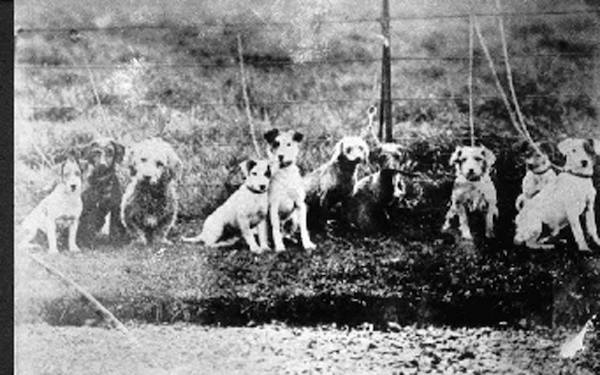 The Wicklow Mountains of Ireland is a staggeringly beautiful tapestry of upland blanket bog, heath covered upland slopes,  and rounded peaks through which fast-flowing streams descend into the deep lakes of wooded valleys. It forms the largest continuous upland area in the Republic of Ireland and occupies the whole centre of County Wicklow. 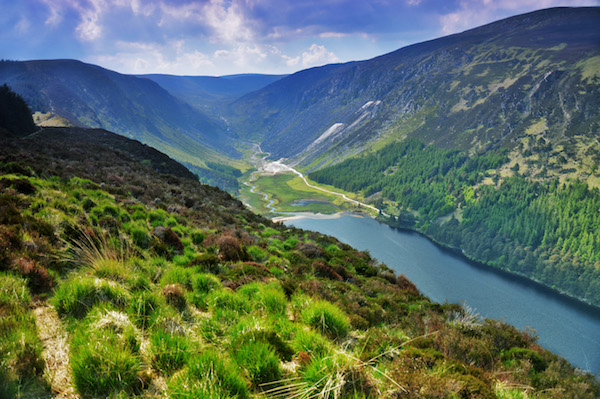 Long ago, a little dog was developed in these parts, a terrier that was gentler, and less excitable than most terriers, but still bold and spirited enough to hunt badgers. It filled in as an “odd job” worker around a farm, and, it’s said, in the kitchen, as well.  For a long time, and for an obvious reason, these dogs were known as Wicklow Terriers.

The breed was first presented at the Lisburn Dog Show in England in 1870, and was most likely known as the Wicklow Terrier or Irish Glen.  Show records described the dog as “not high on the leg, longer than tall not straight in front, turned-out feet, and a slatey-brindle color.  The long and useful type of Irish terrier one associates with the County Wicklow.”

It would be years before the breed got its “official” name which would reflect its specific origin, a secluded valley in the northern part of County Wicklow known as Gleann Uí Mháil, or the Glen of Imaal. 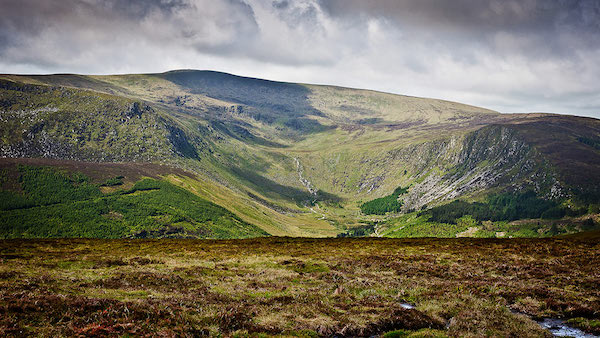 The Glen of Imaal

This rarest of the four native terriers of Ireland would get recognized by the Irish Kennel Club in 1934 making it one of the last Irish terriers to be recognized in Ireland. It would be nearly 70 years before the Glen of Imaal Terrier was officially recognized by the AKC in 2004.

Image: A note about the image at the top of the page: We had long heard about a photograph of “Dan,” a Glen owned by the Marquess of Conyngham at Slane Castle. It is said to be the first known Glen of Imaal to be photographed in 1910, but we could never find a copy of the photograph – until today.  We found the photo on the Facebook page for Vintage Dog Photography ‘Tails with a tale’ Dog photos from past till now where it was posted by Jan Alons who wrote: “[this] is probably one of the most important photographs in Glen history. It was taken some time before 1910 and features a group of terriers at Slane Castle; the seat of the Marquess of Conyngham. These terriers, Patch, Crab, Dan, Troops, Ned, Flora, Trimmer, Vic Tigey & Victor need a very close look. Take a closer look at Dan and there it is; the first known picture of a Glen of Imaal. Trimmer also deserves a second look as the head shape and front assembly says a cut down Glen. The provenance, age & photographer, Elliott & Fry of 55 Baker Street, London, could make this the breed’s greatest heirloom.”