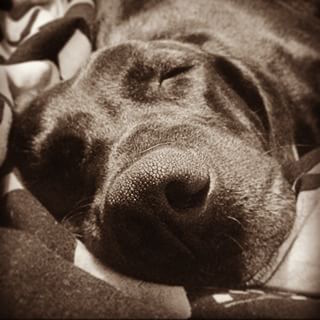 In the 1989,  the General Assembly of North Carolina decreed with Senate Bill 832 the Plott to be the State Dog of North Carolina (and it’s said that on hand was “Lucy,” a 10-year-old Plott owned by former Rep. Hugh Lee who wagged her tail in silent approval. “Lucy,” not Rep. Lee). The Plott hound is the only officially recognized breed of dog developed in North Carolina. For 200 years, the dogs were bred to hunt bear and raccoon throughout the Appalachians and the Great Smoky Mountains by generations of Plott family members. The family rarely put the dogs on the market, so the breed remained rare outside the southern United States. As we all know, however, one can’t keep good things secret forever.

At the July 14th, 1989 convening of the General Assembly, Sen. Bob Swain made a case for the breed: “The hound has all the qualities anybody would want to have. He’s not deceitful, he’s not greedy, he’s not unfaithful like a lot of us are. . . . He is a truly admirable beast” (Associated Press; 1989, July 14).

All was not smooth sailing. Sen. Larry Cobb called the hound, “a son of a cur that`s vicious as a wildcat and baits bears. . . . I don’t think this is a worthy symbol of the State of North Carolina.” (Associated Press; 1989, July 14th).

Swain was criticized for wasting taxpayers’ dollars, but he got the legislation passed on Aug. 12, 1989.  For a five year period, the breed was celebrated in North Carolina with the Plottfest, a music and heritage festival that became recognized as a Top 20 Event in the Southeast and donated over $100,000 to Head Start. Sadly, 2016 was its last year because organizations and municipalities that donated dollars and services were no longer able to do so.

Don’t miss watching this interesting video on the breed and its status as the state dog:

Plott image by @wanderingsadie via AKC with permission