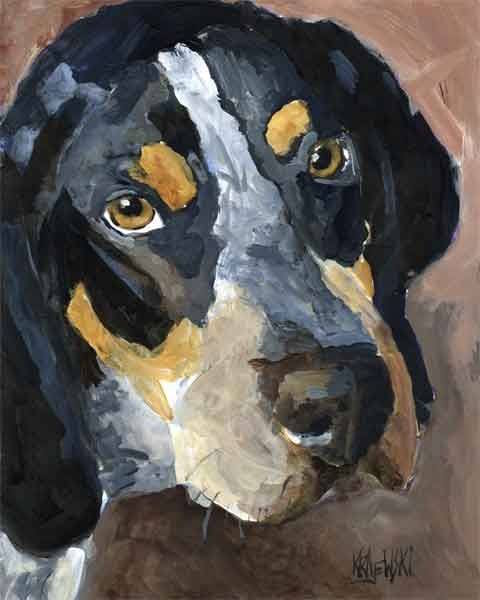 Any live game that’s other than what a dog is allowed to pursue is called, “off game.” A coonhound shouldn’t run deer, and a bird dog shouldn’t chase rabbits.

That aside, the markings and color of the Bluetick Coonhound‘s hints at an ancestry descending from the Grand Bleu de Gascogne as well as the English Foxhound. For a long time, Blueticks were referred to as English Coonhounds in the United States, but in 1945, Bluetick breeders broke away from English breeders as they didn’t want to follow the trend toward a hot-nosed, faster hunter.