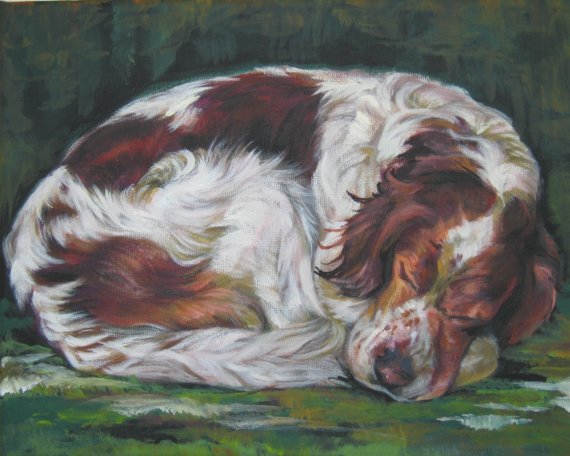 According to the Irish Kennel Club, the older of the two distinct Irish Setters is the Irish Red and White Setter.

Most authorities agree that Irish Setters came from breeding white and red dogs that had increasing amounts of red. By the mid 1800s, the red dogs became the predominant variety.

It’s an all too familiar story here: World War I nearly decimated the number of white and red Setters, but thanks to the Rev. Noble Huston and his cousin, they saved the lines and gradually brought vitality back to breed numbers. Between the end of WWII and the early 1980’s, the population grew of the handsome breed that came to be known as the Irish Red and White Setter. AKC recognition came in 2009.

IRWS are nearly identical in build and personality to their red-headed cousins. The Irish Red and White is distinct for its use as a gun dog and works at a moderate pace and range.

Sadly, the breed holds a spot on The Kennel Club’s Vulnerable Breeds list.