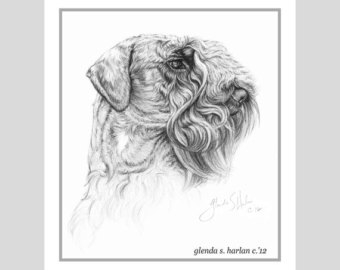 Soft Coated Wheaten Terriers are named for their soft, wheat-colored coat, and are arguably the most popular dog of Irish origins in America since they consistently make the AKC’s top 50 most popular breeds list. Wheatens tend to be less scrappy than most other terriers, but despite its “soft” name, the breed was used in Ireland for over 200 years as vermin catcher, hunting buddy, and guard dog.

It was about the only dog available to most Irishmen. A law of William III in 1698 stated that, “only persons owning an estate of freehold of the yearly value of 40 pounds, at least, or a personal estate of 1,000 pounds shall keep any hound, beagle, greyhound, or land-spaniel other than whelps under the age of twelve months.”
In a nutshell, sporting and hunting dogs were the purview of the gentry. The terrier was the poor man’s dog.