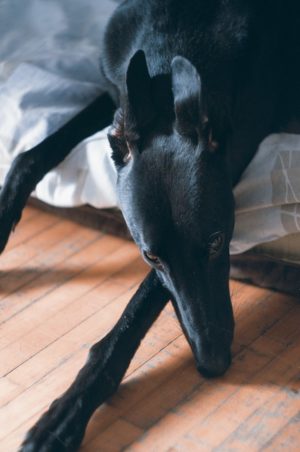 You know this song.

Don’t click on any of the following links just yet, but if you’re a certain age, you were in your teens when Paint It Black was released in 1966. Younger readers will know the song from the movie, Full Metal Jacket and The Devil’s Advocate, and an even younger generation will have heard it in trailers for The Mummy, or from multiple episodes of the TV series, Westworld.  It’s the song in the You Tube video below, and as you listen to it, pay special attention to the drumming. It’s a huge part of the song, and for the “meat behind the beat” (aka the drummer), it’s an “arms-all-over-the-place” effort:

When it was released, “Paint It, Black” sounded nothing like anything else that had been played on the radio, and for its time, it was revolutionary. It became the group’s third number one hit single in the US, and was the first number one hit featuring a sitar, particularly in the UK.

Credit Rolling Stones drummer, Charlie Watts, who had to combine western-style rock music drumming with Middle Eastern sub-beats while navigating through a song that had so many moving parts as to lose count of them. It’s hard to believe that any member of the Rolling Stones could age, but Charlie Watts is now 77 years old. We thought you’d find it interesting that this original member of arguably the quintessential 60’s rock group has been married to the same woman, Shirley Ann Shepherd, since 1964, and together they own 250 Arabian horses living on their 600-acre award-winning Arabian horse stud farm in rural Devonshire that attracts breeders from around the world.

Dogs. We can’t forget the dogs. Watts has twenty-nine of them, all retired racing Greyhounds. Charlie helps his wife with the horses, and although he doesn’t ride, he takes the Greyhounds for their walks.

Image: Try as we might, we could not find a photograph of Charlie Watts with his dogs, but we thought the next best thing might be a black Greyhound, this one a stock photo.