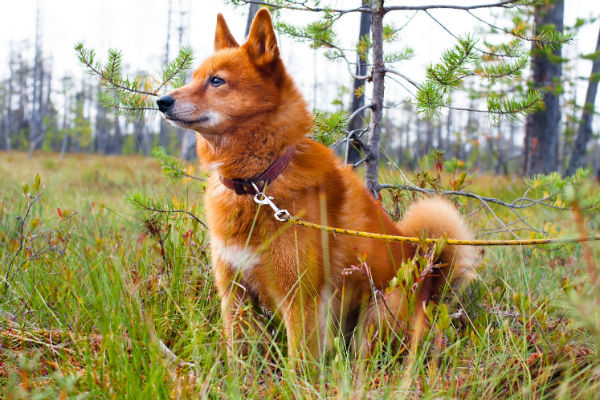 Every “season,” the Pantone Color Institute issues its color trend report based on what it has seen being worn by models strutting down the runway at both New York and London’s Fashion Week.  We are happy to report that there are several breeds that will be in style this year because, as the report states, this year is all about individuality and expression.

We are, of course, writing this tongue-in-cheek because purebred dogs are always the height of individuality and expression, and they’re always in style. That said, we couldn’t help but notice that one of the “happening colors” for 2020 is Pantone 16-1358, also called “Orange Tiger.”

As it happens, the Nederlandse Kooikerhondje is a “harmoniously built orange-red parti­colored small sporting dog,” while a Lagotto Romagnolo can have orange patches; a Japanese Chin can be a shade of orange, and a Petit Basset Griffon Vendéen can be white with any combination of lemon, orange, black, sable, tricolor or grizzle markings.

A Wheaten can be bright orange, and of course, the Brittany is orange and white (or liver and white in either clear or roan patterns). An English Setter can be orange belton while a Clumber can have orange markings. A Spinone Italiano can be white and orange, or orange roan with or without orange markings; A Grand Basset Griffon Vendéen can be white/orange, and orange is among the brindle factors in a Plott. Some might say a Vizsla is orange, but the AKC breed standard indicates that it is golden rust in varying shades. And while the Finnish Spitz seen here looks orange to us, its standard makes no mention of “orange,” but indicates varying shades of golden-red ranging from pale honey to deep auburn.

And speaking of standards, the aforementioned language regarding color comes from the AKC standards of all the breeds mentioned above.

Congratulations to the owners of these breeds who, without even trying, will be on the cutting edge of fashion every time they’re with their dogs. But then, if you own a purebred dog, you always were “in the know.”