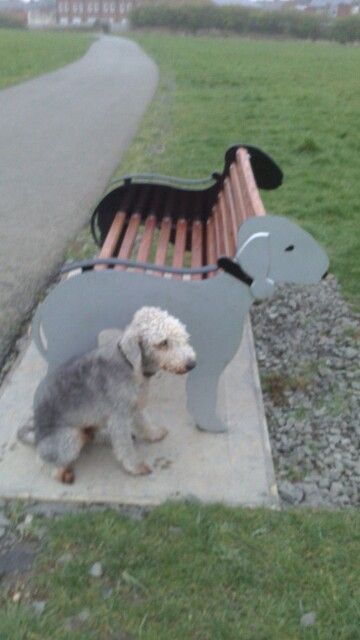 In Northumberland, England in a county situated in North East England is a former mining town named Bedlington, and yes, it’s the town from which the terrier got its name. This is a very old town. Bedlington and the hamlets belonging to it were bought by Cutheard, Bishop of Durham between 900 and 915, and Bishop Walcher was granted royal rights by William the Conqueror. The breed didn’t get it’s current name until 1825, and it’s said that some Bedlington Terriers have pedigrees that can be traced back as far as 1782. In fact, the first dog show that offered a class for Bedlington Terriers was held in 1870 in the town of (wait for it) Bedlington!

Bedlington is mighty proud of its native son, so to speak. It has a North League Soccer team that is called The Terriers, and the town has even installed park benches in the form of Bedlington Terriers: 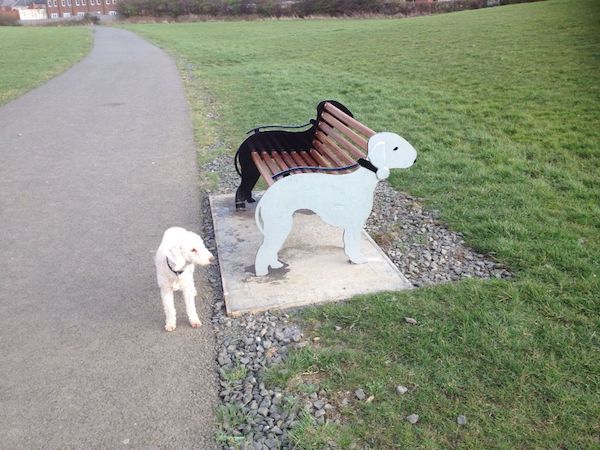 A photo of one of these benches also graces the West Bedlington Town Council’s Facebook page.

On Front Street West in Bedlington is the current Red Lion Inn that was (re)built in 1902 as a replacement for the inn of the same name which stood on the same site.  Outside the pub is another bench inspired by the Bedlington Terrier: 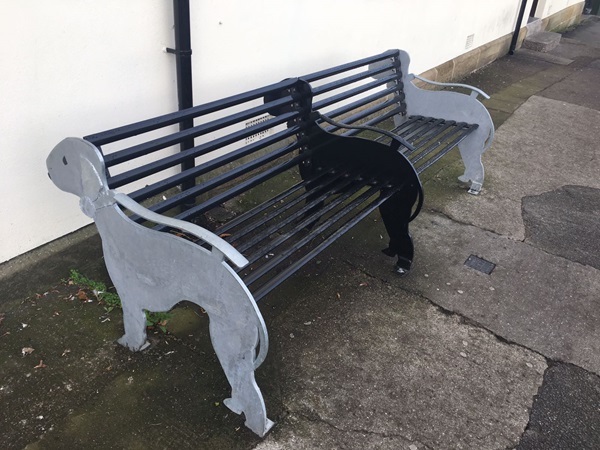 Inside the pub is a wire sculpture by Gary Tiplady,  an artist and local celebrity who, at 7’3” tall, made use of his large hands to bend and shape sheets of wire into life-like animals like the Bedlington piece named, “Give a Dog a Bone.”

Not every owner can manage to have their own Bedlington Terrier park bench, but Spoonflower, the fabulous textile marketplace, makes it easy for you to have anything fabric related in the breed: 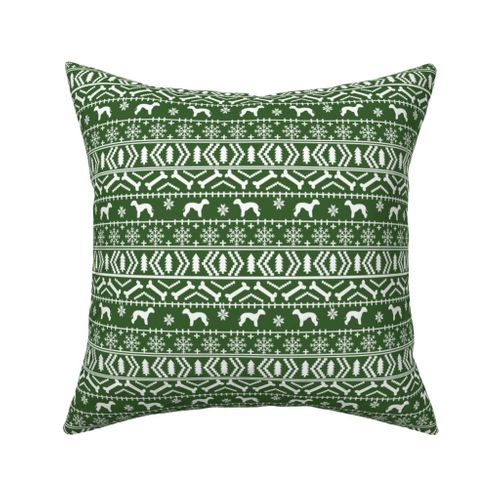 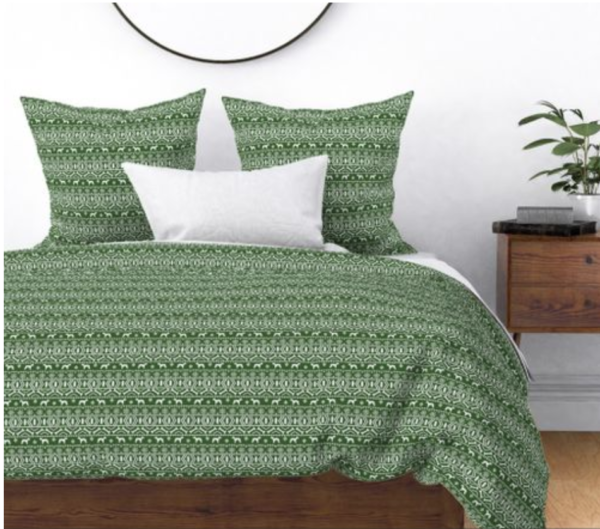 Now there’s no excuse not to have your curtains, party frock, bow tie, or dog cushions reflect your affection for the breed!