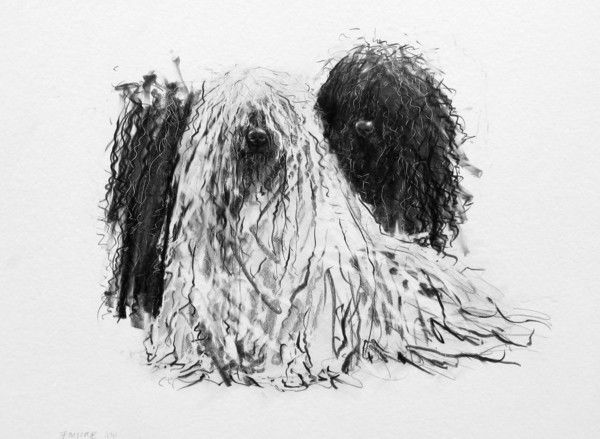 With “Preston” becoming the first Puli ever to win Best in Show at the AKC National Championship presented by Royal Canin last weekend, we thought you might find something interesting about Puli standards from around the world:

“Both a combed out and a neglected, tousled coat are undesirable” (FCI);

“A combed coat is as undesirable as a neglected one” (The Kennel Club);

“A combed coat is as undesirable as a neglected one. The coat should be corded, and matting or felting should be avoided” (New Zealand Kennel Club);

“The Puli may be shown either corded or brushed” (AKC)

The United States is the only country in the world in which a Puli may be shown brushed out. And yes, a Puli can be brushed, but it must be started early in the dog’s life, and maintained daily because a proper Puli coat will want to cord. We have known a few brushed out Pulik, including one who was a ranked winning dog. A brushed coat must show a propensity to cord through its texture, but why was this even part of the breed standard?  The decision on this predates us, but it’s possible that because some early Pulik in America lacked the proper texture to cord, this wording was included so as not to encourage early breeders and owners. We defer to any Puli person who was there at the time and has better knowledge of it.