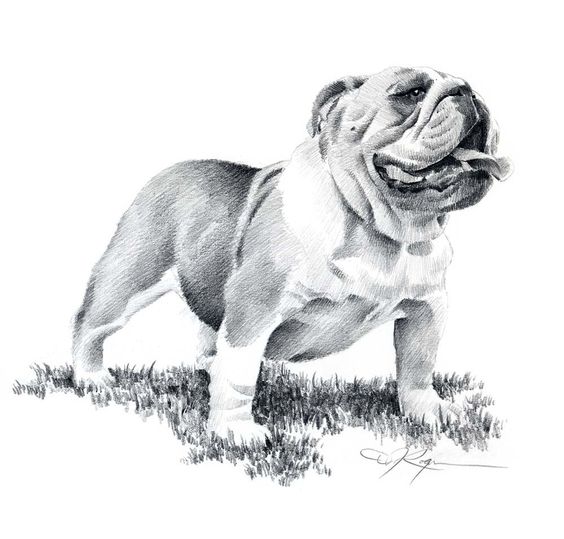 In addition to that wonderful scowl, wrinkles upon wrinkles, and snoring said to be epic among dogs, a Bulldog‘s stance is famous for one reason: Real Estate.  There’s a fair amount of it between a Bulldog’s front legs, particularly when its stacked in a show stance.  There’s a name for that, and it’s “spread,”  the term used to the “geography” between a Bulldog’s front legs when the dog is standing. It refers to the somewhat accentuated width of chest of this wonderful breed due in large part because the dog’s “brisket” and body are capacious, with full sides, and barrel ribs. The dog’s chest should be well “let down” (dropped) between the shoulders and forelegs because that’s what gives the dog a broad, low, short legged appearance.