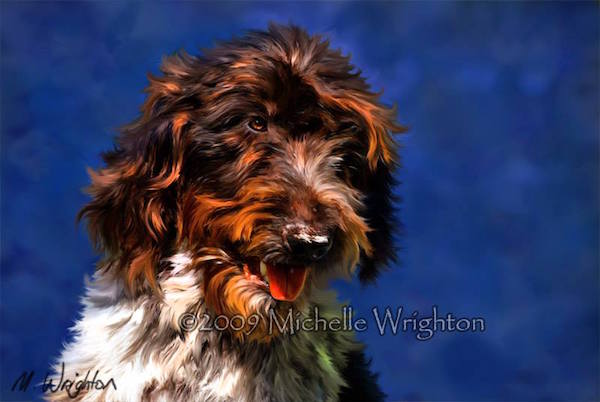 Before 1870, German had no kennel club. There was no uniform definition of rough-haired gun dogs, and people working with these dogs defined them by only two types: The ones that could work, and the ones that couldn’t. Rough-haired gun dogs were called Griffon or Barbet in France, while in the Netherlands, they were “Smousbaarden” or “Ruigbaarden.” In Germany, they were known as “Stichelhaarige Vorstehhunden” or rough-haired pointing dogs. The German Wirehaired Pointer is certainly among the German dogs, and Gerd Bottler wrote in his book “Deutsch-Drahthaar Heute” (German Wire-haired Pointer Today) that “Eduard Korthals was really the first consistent breeder of Wire-haired Pointing Dogs.” In fact, many believe that the term, “wire-haired,” was invented by Korthals, himself.