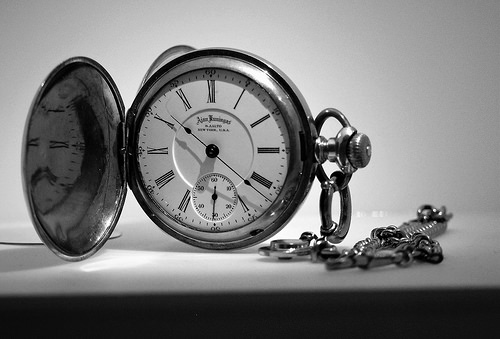 It’s called an “atavistic throwback,” and it can happen in many breeds. An atavistic throwback is when a trait reappears that had disappeared generations before. It’s not common, and it’s usually a big surprise even to the best of breeders, but such is genetics. In our breed – the Puli – we’ve known of the odd instance when a pup was born with a suspiciously unique ear set, or an odd head piece, and it’s natural to wonder if somewhere in the breed’s ancient history, a dalliance with a Pumi or Mudi didn’t reveal itself in that puppy.

We’ve read that something similar can happen in Weimaraners. A pup will be whelped that has Doberman markings, except that tan points are more likely to come from the Schweisshunde background of the breed, and certainly not the Doberman Pinscher which came much later than the older Weimaraner. Such puppies are normal in every way except for those tan points, and they’re not unique to American breeders: Such pups have been born in the UK and Germany, as well. The tan point is believe to be a simple autosomal recessive trait, or more specifically, the Agouti series.  Genetics

It’s been said that breeders don’t create a trait, they reveal them.