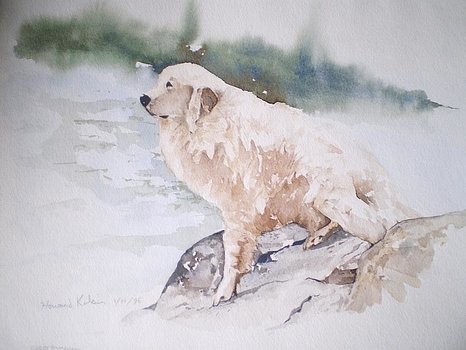 The Great Pyrenees got its name from the mountain range in southwestern Europe, but during the reign of Louis XIV, the breed was named “Royal Dog of France” by the Dauphin himself in 1675.  Influenced by royal patronage, French nobility soon discovered the appeal of a breed that was handsome and highly useful for guarding their estates. A precocious sense of smell and exceptionally keen eyesight put the value of each dog as equal to two men, but its “royalness” may have predated the royal court’s decree: Bas-relief sculptures of the breed over the North Gate of Carcassone bearing the Royal Arms of France some 500 years before its adoption as the Court Dog of the Seventeenth Century suggest that the dog was already a favorite of nobles long before the Sun King decreed it.