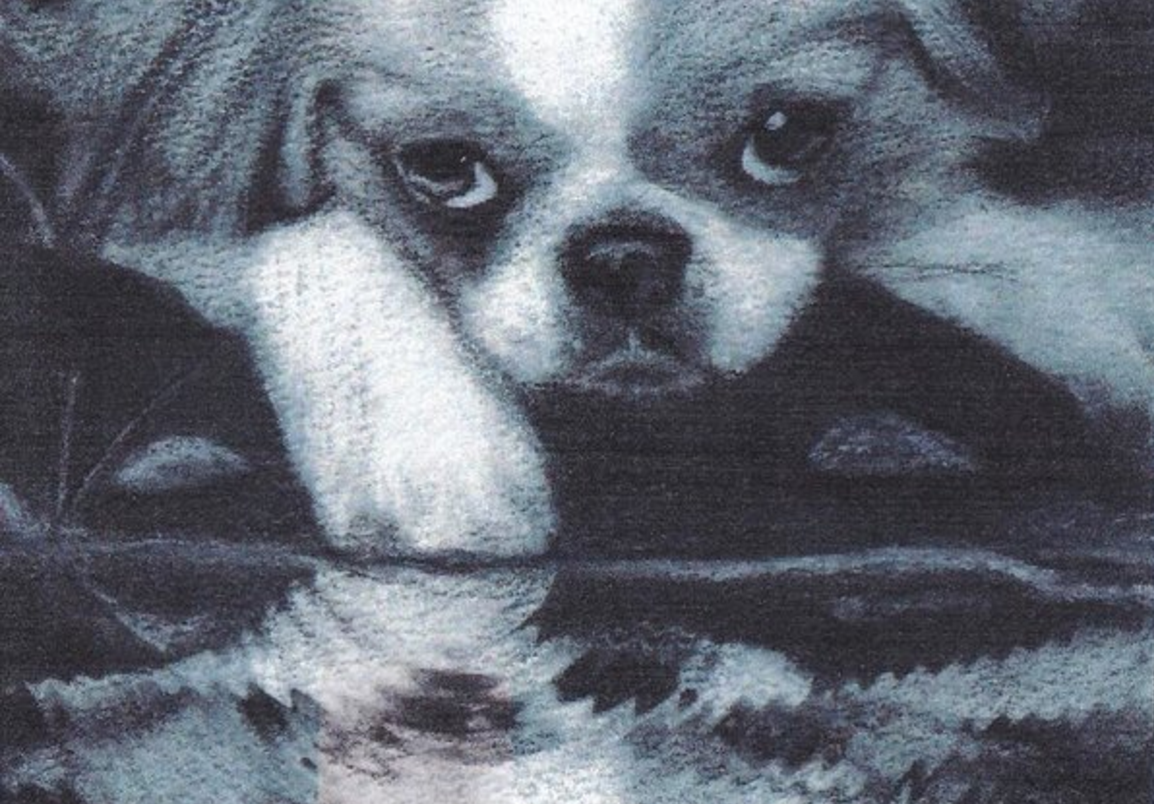 According to one Asian authority opining on the breed when it was called the Japanese Spaniel,  the breed should have at least five distinctive points:

There is more, however, to this lovely breed. A small amount of white showing in the inner corners of the eyes is a breed characteristic that gives the dog a look of astonishment. The Japanese consider a direct gaze offensive and bothersome to both humans and animals, and for centuries, part of Japanese Chin breeding was devoted to making sure that the dogs’ eyes looked slightly outward (as opposed to straight ahead). This effect was achieved by showing more of the white of the eye close to the nose.  These soulful eyes is why the Japanese Chin is the only breed of dogs that has this kind of gaze, almost like that of a psychiatrist. “My God! Their eyes are just like human!” is the first thing many people say about the Chin, and Chin owners will say that it’s quite easy to stare into those eyes for hours.