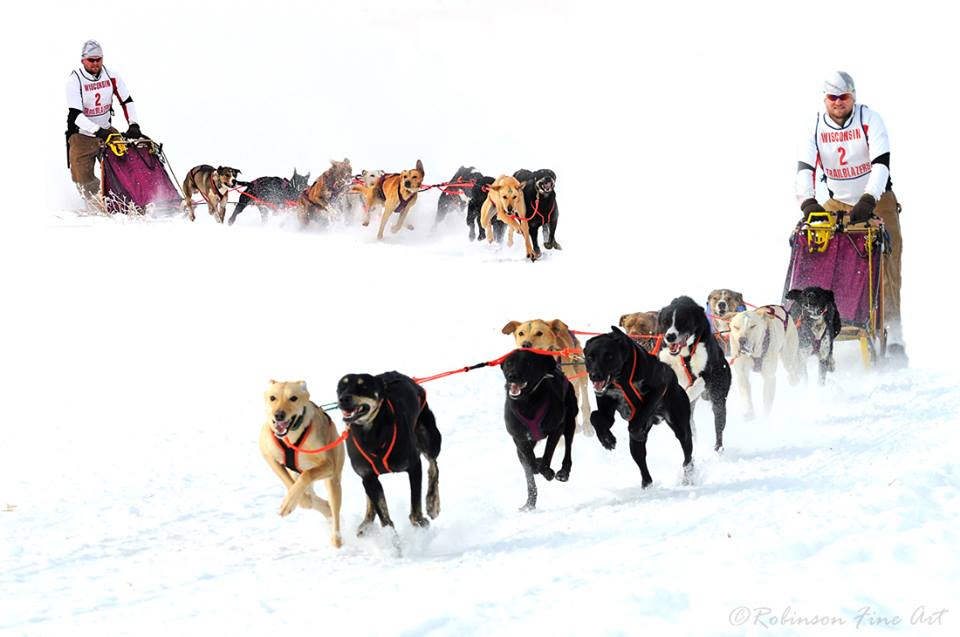 Whatever else you think about mushing or the Iditarod, we think it’s worth noting a few interesting ‘toids (factoids).

In the late 1980s and early 1990s, musher, John Suter, ran dog teams that included Poodles. The Poodles ran better when they had Husky teammaters, and while they didn’t win a lot of races, the partly Poodle teams competed in the Iditarod from 1989 to 1991 — managed to place ahead of 12 husky teams one year. Now, race rules indicate that “only dogs suitable for arctic travel” are permitted to enter the race.

Alaskan Malamutes are one of the oldest breed of sled dog, native to Alaska’s Arctic. The breed isn’t really built for speed and most Iditarod mushers don’t use them in the race.

The new “Eurohound” is a choice for many sprint mushers. A Eurohound is a cross between an Alaskan Husky and German Short haired Pointer. This cross first successfully entered the competitive sled dog racing world in Scandinavia. It’s one of the most formidable racing dogs in the world and combines the husky’s sledding ability with a pointer’s enthusiasm and athleticism. It’s the dog seen in this picture.

Alaskan Huskies are the ultimate racing machines. Are they their own breed? Honestly, we don’t know. Coastal Eskimo Dogs, and the Alaskan Interior Village dogs are the two largest groups of native dogs that make up the base of the Alaska Husky, but Malamute, Siberians, German Shorthaired Pointers, Salukis (!) and Anatolian shepherds are also part of the mix. They’re not recognized by the AKC, but they ARE the modern Iditarod dog of choice. Perhaps one day they will be a breed unto itself, but we doubt the mushers care.

Photo shared with the kind consent by the photographer, Tone Coughlin
https://www.endurancekennels.com