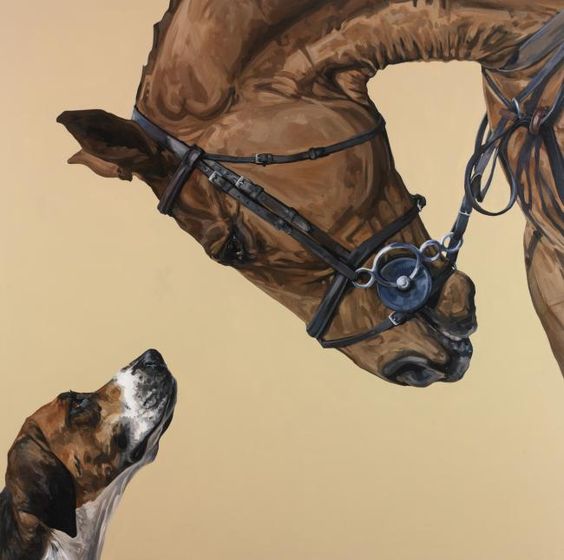 The American Foxhound is truly one of America’s native sons having been developed from Foxhounds brought to America from England in 1650 by Robert Brooke whose breeding and working pack remained in the family for about 300 years. In the early days, some of the descendents of Brooke’s dogs were bred with Irish, English, and French hounds to further develop the breed. Among the early breeders was President George Washington who kept a pack at Mount Vernon and bred them to imported British and French hounds, including dogs given to him by his friend the Marquis de Lafayette. Two years later, Washington received eight hounds from Philadelphia and two, “of Slow Pace,” from England. Why fiddle with a fixed breed?  Because fox hunting in American terrain called for a different build of dog than what had been needed in the “old country.” Hunters needed a lighter, taller and faster dog with a keener sense of smell to suit the game and hilly geography facing them.

The breed continues to retain its great stamina, musical tongue, and excellent nose. It is still primarily a hunting and field trial dog, but she is also a conformation, tracking, drag hunt, and agility dog, and always, a wonderful companion.  For reasons that baffle us, the American Foxhound is one of America’s rarer breeds.

2 thoughts on “A Snippet of American Foxhound History”