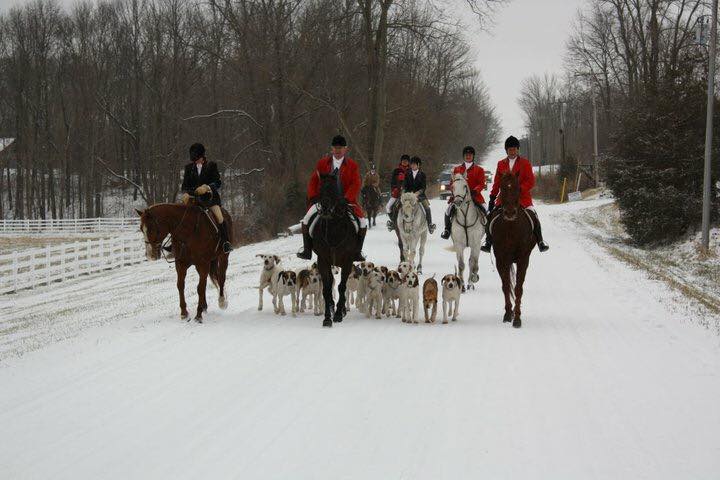 You’ve heard us refer to the  fine “voice” of the American Foxhound, but what does that really mean, and why does it matter? Many Foxhounds are bred to give “tongue,” a sound that, according to one affectionado, is “a voice that will bring tears of joy to the most scholarly of opera buffs.” America Foxhounds are not nuisance barkers but they do have loud, deep voices that carry a great distances which is why, in part, the people who hunt with them embrace the melodic baying voices.  It can indicate where the dogs are, and whether they on the scent, in hot on the pursuit of the prey, or have caught up with it.  Though the sounds made by dogs in a pen differ from when they’re on the trail, the video gives you a little idea of how it sounds.