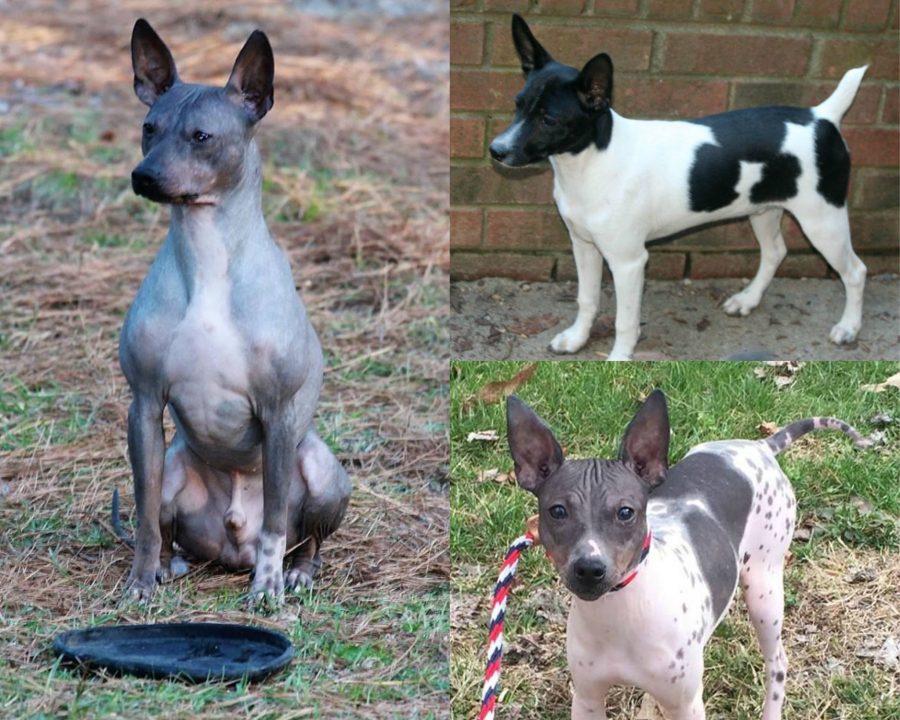 Imagine the surprise of the breeders when a completely hairless puppy was born in  their litter of mid-size Rat Terriers.  In truth, it probably wasn’t that big of a shock since this was not the first hairless puppy born to the sire and dam, but it was the first hairless puppy that the new owners,  Edwin and Willie Scott, ever owned, and they were smitten. They named their youngster, “Josephine,” and couldn’t know at the time that when people would come to speak of the breed that originated from a single hairless Rat Terrier female born in 1972, that female was Josephine.

From this point on, we defer to breed experts, so if our information strays from actual facts, by all means, correct it.

So enchanting was Josephine in every way that Scott chose to breed her. Scott never used any dogs other than Rat Terriers in his breeding program, but it was always his intention to guide development of the hairless dogs into being a separate breed. Josephine’s offspring also had several characteristics that distinguished the soon-to-be American Hairless Terrier from its Rat Terrier origins. 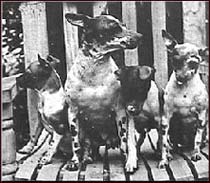 Josephine with her offspring

These differences included smaller sizes, more refined features, new eye colors, new patterns, new (skin) colors and, of course, a complete lack of fur on the hairless variety (more on that in a moment), but with full dentition. The gene that caused the hairlessness was (and is) a recessive.  All other hairless breeds can credit their lack of hair on a dominant gene.  AHTs are hairless with the exception of eyebrows and whiskers.  Puppies are born with a light fuzzy coat which they slowly lose by the time they’re 3 months old.  It’s important to note that the breed also comes in a coated variety. According to the breed standard, “The coated variety is covered with a short, smooth and dense coat that has a sheen.”

When the United Kennel Club recognized the Rat Terrier, in 1999, breeders including Scott agreed to let the hairless dogs to enter the registry as a hairless variety of the Rat Terrier.  At the separation of the two varieties, however, all of the hairless and coated descendants of the “ratties” were named the American Hairless Terrier. The breed was AKC recognized just this past January (2016)