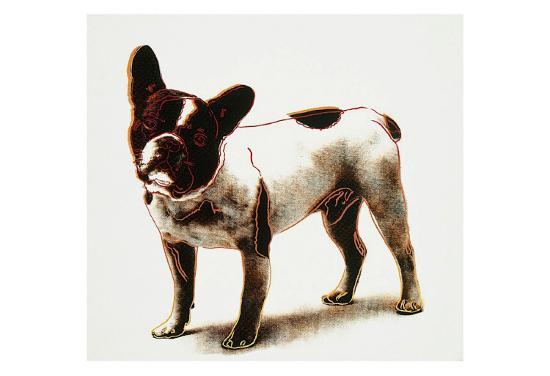 A Boston Terrier with what is regarded as traditional markings – a white collar, white socks, and muzzle mask, has what is called an Irish Spotting pattern. There is another pattern in the breed known as the Splash pattern (though it’s also called “pied,” some say incorrectly).  Splash Boston Terriers are mostly white, and have “degrees” of the pattern: Extreme, moderate, and minimal; all are undesired in a show ring, and as breeding stock. “Splash,” a recessive allele on the spotting locus, is believed to be a throwback to an earlier time in the breed before markings were stabilized (we found one source that reported that one of the first champion Boston terriers was a splash). While “splash” can crop up in litters bred by responsible breeders, it’s not a pattern that is specifically bred for because it’s unaccepted in a show ring. That said, buyer beware: The pattern can be found in Boston Terriers being sold on the Internet by breeders promoting the pattern as a “rare” revival of a color that was accepted long ago, breeders not intent on improving the breed, and solely for profit.

Some have argued that color should be the last thing a breeder should worry about, and that disallowing certain patterns (like splash) simply narrows a gene pool. Other would reply that breeding for a recessive is never a good idea, and it, too, narrows a gene pool and increases the odds that adverse recessives show up.  We welcome the input of Boston Terrier breeders to opine on this.

One thought on “Splash!”