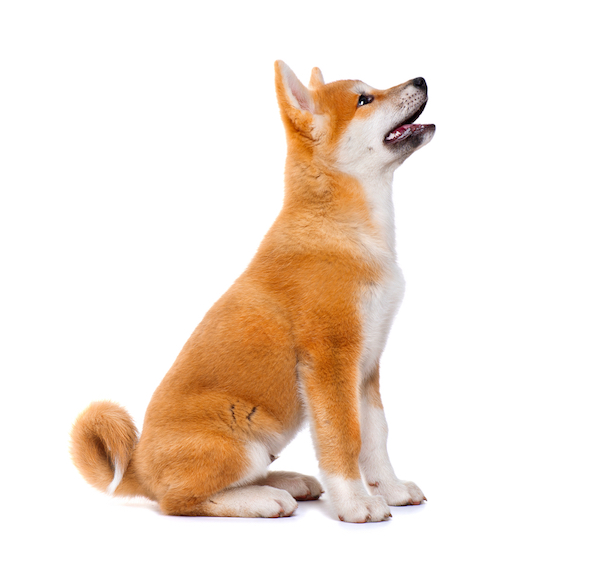 Sumi-e is the Japanese word for black ink painting, a style of ink art introduced to Japan in the fourteenth century by Zen Buddhist monks from China. Over time, the style evolved; brush strokes were reduced in number, simplified, and refined, and were often combine with poetry to create the sumi-e style we know today.

Crucial to the success of this form of art is mastery over brush strokes of which there are four traditional techniques: The pulling stroke, the pressure stroke, the side stroke, and smooshing. Evidence of the different strokes may be seen in the artwork below: 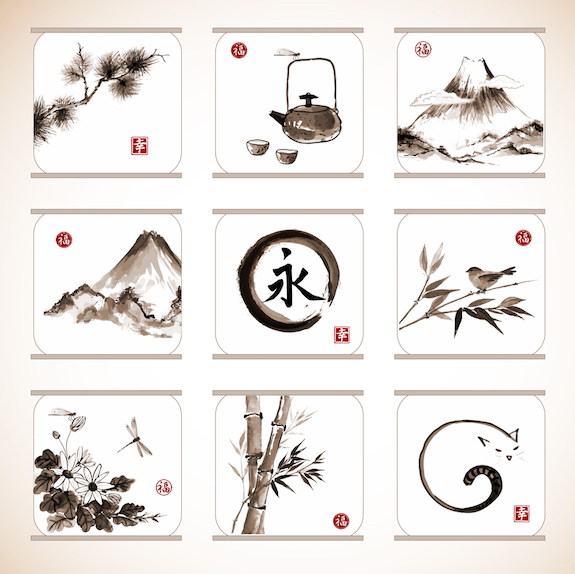 Inherent in the sumi-e stroke is technique in which a brush is “loaded” with ink up front, but as the brush moves into its stroke, it “runs out of ink.” The stroke becomes more faded, and by the end of the stroke, the intensity of the ink is a whisper of what it was at the beginning of the stroke.

Art lesson now completed, you might ask what this has to do with purebred dogs.  We took you on this brief explanation to better understand how to evaluate an Akita with an “aka” or red coat, one of the five basic coat colors in the breed (sesame, white, black and tan, brindle being the others).

The red coat can range from dark red, light red and red goma, and some say that the ideal red has a tinge of yellow. We came across a Japanese judge’s view that the shade of red shouldn’t be too dark or too light, and by itself, “not too dark and not too light” is singularly unhelpful. The judge, however, went on to suggest that we look at the Akita’s red coat color as we would a sumi-e brush stroke: It shouldn’t be as intense as the beginning of the brush stroke when the brush is loaded with ink, but neither should the red color be as faded as ink is at the end of the brush stroke. Ideal is what happens in the middle.

Interestingly, Mutsuo Okada, an expert and writer on the breed, refers to an Akita named “Tetsuyuki” as the ancestor of red Akita dogs of today.  Out of parents who were brindles, Tetsuyuki’s own coat color turned into a “so-so red” when he was around eighteen months old. When bred, some of his puppies with a slightly dark or black coat began to show the red coat as they matured. Okada has written before that breeding red to red coats may result in dogs with a darker red color, but when a red is bred to a brindle, a medium red coated puppy may result, likely due to homozygous or heterozygous factors.