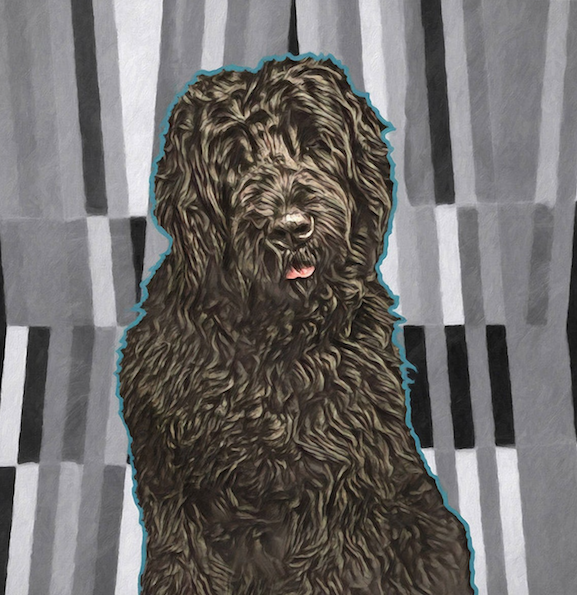 Purebred breed enthusiasts likely know that the Black Russian Terrier was developed in the 1930s by the Red Star military kennel out of Moscow (it was also known as the Central Military School of Working Dogs). When the breed started to “breed true” by 1956/57  (three years after Joseph Stalin’s death), the Black Russian Terrier ceased to be a state-controlled and specifically military-bred breed. The gulags were closing, and the kennel had more dogs than needed. Red Star Kennel sold second and third generation puppies to private breeders who placed a little more emphasis on the form and function of the breed than had the Soviet Army which bred for a utilitarian purpose. This was the beginning of breeding BRTs in working dog clubs all over the country.

Red Star Kennel, however, continued to breed Black Russian Terriers up to 1979. Though a breed standard had been written by the Red Army in 1958,  it wasn’t until 1979 that the kennel and the Army Navy and Fleet Volunteer Support Organization approved a standard for the breed. By that time, 800 litters of Black Russian Terriers had been bred by the Red Star Kennel. In 1993, the Utility Dog Breeder Federation of Russia approved the second version of the standard that conformed more to the modern type of the breed. To our knowledge, the last version of the breed standard in Russia was created in 2010.

As recently as the 1990s, all breedings of working dogs were under the strict control of club specialists who wrote the breeding plan for the entire year, and a prospective plan for five years.