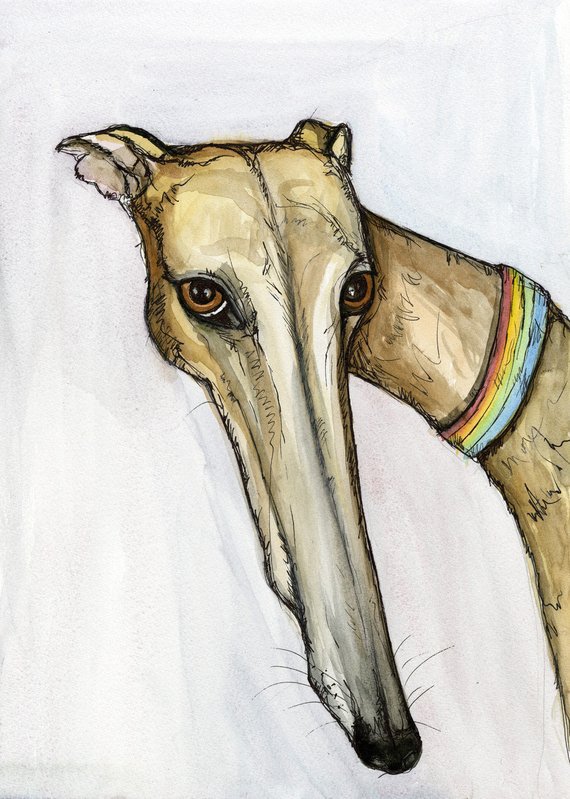 Back in the day (way back in the day), there was a scent dog that was described as “being fed by the fierce nation of painted Britons.” In size, they “resembled worthless greedy house-dogs that gape under tables.” The dogs were crooked, lean, coarse haired and heavy eyed, but also possessed of powerful claws and deadly teeth. The dogs were called Agasaeus.

This creature (which sounds like the offspring of a Wolverine and a Velociraptor bred to a Puli) shouldn’t be confused with the Agasceus, a sighthound that was given an equally precise description provided by Thomas Brown back in 1829:

“It is said that [this] Gazehound could select from a herd of deer the fattest, and pursue it with such unerring keenness, that, although the stag re-joined the herd, he never failed to keep it in view, nor would he give up the pursuit till he had taken and killed his prey. It would appear that the English gave this dog the name of‘ Agasceus…from the steady and infallible quality of its visual organs; and, from all accounts, in coursing with this dog it was almost invariably the practice to follow on horseback.”

The author goes on to mention the Agasceus’ was similar in figure and habits to the Greyhound. As vivid as the sentence, “greedy house-dogs that gape under tables,” is, it’s easy to conjure up an image of a Greyhound using a pair of binoculars to spot the most corpulent deer in a herd, and mentally earmark it for easy pickings.

Little wonder that the Greyhound was so often found on heraldry. The marvelous cartoonist, Rich Skipworth, celebrates the Greyhound in his affectionate version of a shield of arms below: 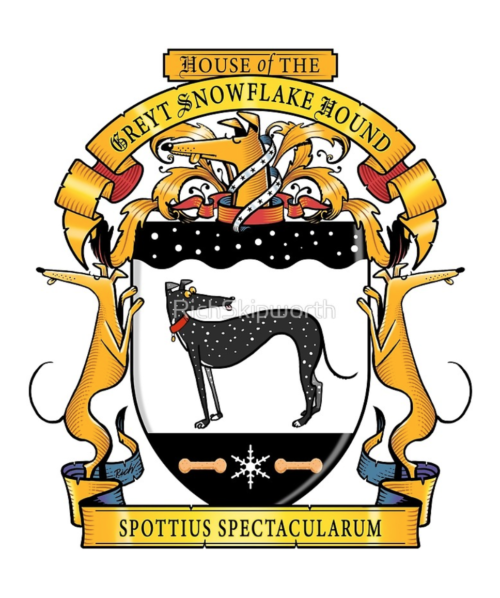