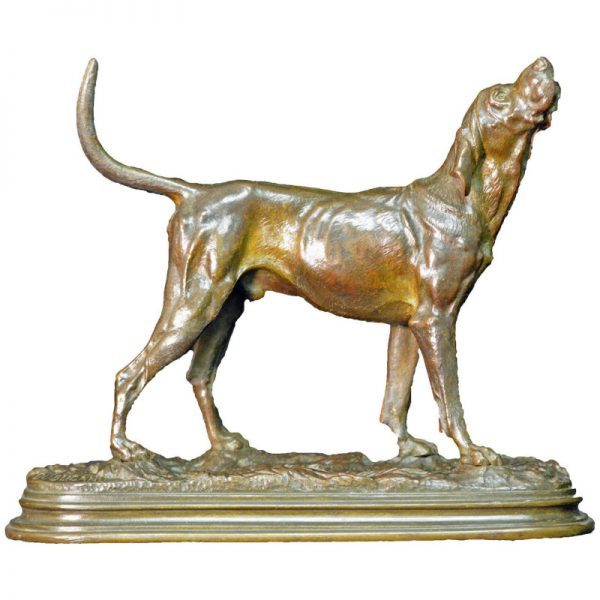 When the Black and Tan Coonhound was recognized by the AKC in 1945, we had 75 years to learn how to identify the breed, an effort made easier the Black and Tan being the only AKC recognized Coonhound for a long time. Some of us, however, became challenged when four more Coonhounds gained AKC recognition in four years (technically, it’s five in six years since the Plott, recognized in 2006, is classified as a coonhound).

The Redbone Coonhound is easy to spot, it’s solid red. The Bluetick is also easier to recognized because it is mottled black. The American English Coonhound, however, is another story for many of us. Some may mistake it for an English Foxhound, but the American English Coonhound has longer ears, and the English Foxhound is more apt to be tan with white trim and a black saddle. AEC can be tri-colored with ticking, red and white, white and black, red and white ticked, and blue and white ticked.

If all else fails, listen. A 2012 poll of American veterinarians rated the American English Coonhound third among the top twelve most “talkative” breeds.

One of Denmark's Oldest ...