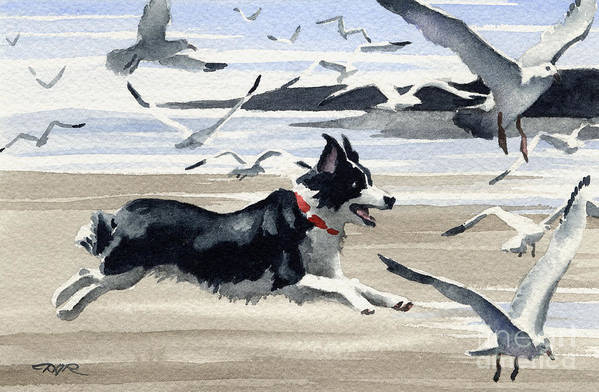 Have you ever wondered what the difference is between “Scotch” and “Scottish?”  Merriam-Webster writes that “Scotch” is generally used in compound words, such as Scotch pine or Scotch whisky (which makes “Scotch” sound like an adjective),  but when referring to the literature, character, or ancestry of the people of Scotland, it is generally correct to describe them as Scottish. We got to thinking about this when we looked into how the Border Collie got its name.

A reliable source writes that the word, “collie” “is a Scotch word used to describe sheepdogs.”

According to Merriam-Webster, the sentence should be corrected to read that 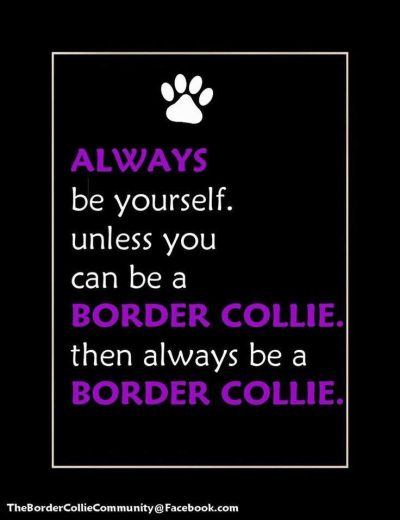 “collie” “is a Scottish word for sheepdog. But we digress. In her book, “Border Collies,”author Iris Combe writes that in old Gaelic, “collie” was the rural term for anything useful, and a “collie dog” was a useful dog. She also floats the idea that the Border Collie was named after a sheep breed the dogs worked, but others have disputed this, and we can’t disagree. We searched databases for sheep breeds of the world, and found nothing in the way of a sheep breed with a name remotely similar to colley or coally.

In Adelaide Gosset book, The Shepherds of Brittain: Scenes from a Shepherd’s Life, she writes that the origin of the word Collie is  ‘colley’ or ‘coly,’ a reference to the color black. Yet another theory is that the word, “collie,” comes from the German “Kuli'” which is pronounced the same way as the English “coollie,” and means “worker.” The word may have come from the Latin, “Kuli” for “collaborare” or to collaborate.  Interestingly, there is a dog called. “Alt Deutscher Kuli’ that works with sheep.

In Jeanne Joy Hartnagle-Taylor’s book, Herding Dogs of the World, she offers an alternative. The name, “Border Collie” was used after WWI to make the distinction between working collies from show collies. James Reid, secretary of the newly established International Sheep Dog Society (ISDS) first used the word to differentiate the Border Collie from the Kennel Club’s Collie, a dog that originally came from the same working stock, but that had developed a different, standardized appearance following introduction to the show ring in 1860 at the second dog show ever in England. Those collies included the Scotch Collie, Rough Collie, and Smooth Collie, but the Border Collie was not one of the credited breeds. Years later, Reid would describe the winner of the Supreme Championship in 1918 as a “Border Collie,” but it wasn’t until 1946 that he used the name, “Border Collie,” on ISDS registration papers.

Up until now, we’ve talked about the Border Collie’s breed name, but did you know that as of April 1, 2022, the top ten most popular call names for Border Collies were: