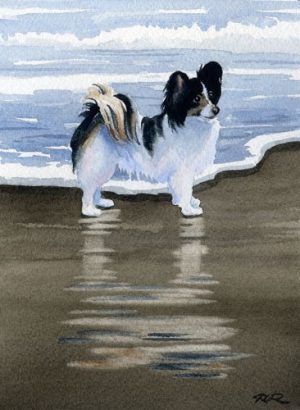 Fine boned, light, dainty, and of lively action. The words describe a dog that can easily jump, spin, and almost fly, don’t you think?  In fact, the words come directly from the breed standard for the Papillon, a breed so often ranked as one of the top toy breeds in agility that it has often been called a “Border Collie in a small package.” The second highest ranked dog in title and points in the list of Lifetime Top Overall in the AKC’S Mid-Year MACH Totals for 2017 was a Papillon, and placing first in the 8″ height division from last month’s AKC National Agility Championship in Reno, Nevada was (say it with us) a Papillon.

Take a look at “Sparkle,” who won the 2017 8-inch Masters Agility Championship at Westminster,  and keep reminding yourself that she was twelve years old when she ran the course.

2 thoughts on “The “Border Collie in a Small Package””