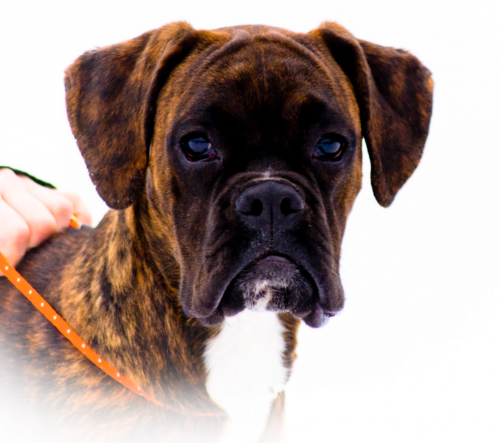 The Boxer standard devotes over 550 words to describe an ideal head, from its proportions and wrinkles, to eye placement, ear set, forehead and fore skull shape – and that’s not counting the lips, cheeks, muzzle shape and jaws.  The Boxer head is important to breed type, and much of it depends upon the proportion of muzzle to skull.

The Boxer’s blunt muzzle is a third of the length of his head from his occiput to the tip of his nose, and two-thirds the width of his skull.  This proportion is often called the “Munich silhouette, ” the breed’s head profile that was said to be laid down by the breed’s country of origin, and a measure that most breeders still regard illustrate excellent type. As someone explained in more layman’s terms, you could run a ruler on the balance of muzzle to the whole of the head and it should  come out 1:3. 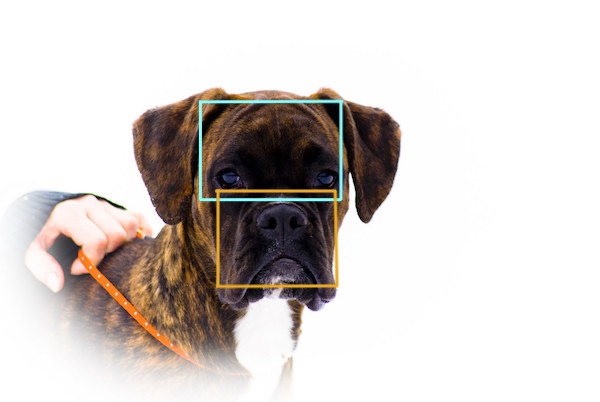 The Boxer’s head should be clean (or “dry”), and not “wet,” which is to say it doesn’t show deep wrinkles that typically appear on the dog’s forehead when his ears are erect (cropped or not), and are always present from the lower edge of the stop running downward on both sides of the muzzle. It could be argued that the broad, blunt muzzle is the breed’s most distinctive feature.

As fans of the mnemonic device (a “hack” that helps you retain information), we’re particularly fond of this tip: Face on, a Boxer’s head should give you the impression of a smaller square attached to a larger square.

This square in a square imbues the Boxer with its regal, distinctly shaped square head.

Image: “Boxer” by imagesbystefan.com is licensed and shared under CC BY-NC 2.0