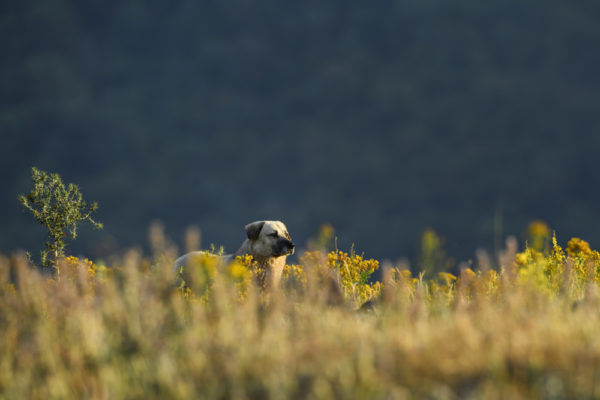 Even those of us who are not Biblically versed have likely heard of the Book of Job. It’s the first poetic book in the Old Testament of the Christian Bible and deals with suffering, godly patience, and trust. The story centers around Job who lives in Uz, an obscure land far from Israel.  Though there is debate on the actual country that corresponds to Uz, many scholars believe that the “Book of Job” was set in Turkey.

Now.  Job was said to have owned 7,000 sheep, and the “Book of Job” describes large dogs living among Job’s flocks. Indeed, archeological items dating back to 2000 B.C. describe a dog in the Anatolian region of Turkey that fits the description of the Anatolian Shepherd Dog: Large and strong with a heavy head. These dogs were depicted on bas-reliefs now on display in the Assyrian Rooms of the British Museum. 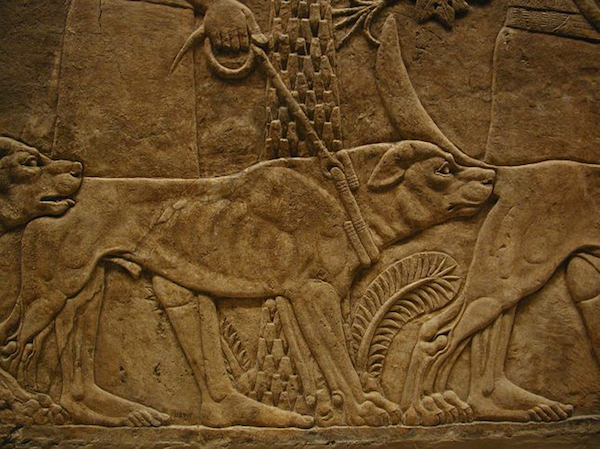 The breed is still used in the rural districts of Turkey as an indispensable companion to shepherds, and a flock’s first line of defense against predators. The breed is known locally as Coban Kopegi (cho-bawn ko-pay) or “Shepherd’s Dog,” and a dog lives his life with his sheep or goats as an accepted member of the flock. Extremely independent,  the dogs sometimes had to find their own food once they were no longer puppies, and small critters like gophers did nicely. Always, their first instinct is to take care of themselves and the flock without the necessity of directions or intervention.

An Anatolian’s preferred defensive measure is to serve as a visual deterrence: See and be seen. If that doesn’t scare off a predator, a bloodcurdling bark might, and it’s not an idle warning. Anatolians are fearless, strong, and quick, and it would take a bold or desperate predator to stand up to one.

Having lived a somewhat isolated existence, the Anatolian Shepherd Dog has changed very little over the centuries, and retains her exceptional qualities and abilities to this day.  Read about “Gator,” a breed winning champion show dog at Westminster, and hero on a cattle field thousands of miles from New York City.

2 thoughts on “The Breed from The Book of Job”