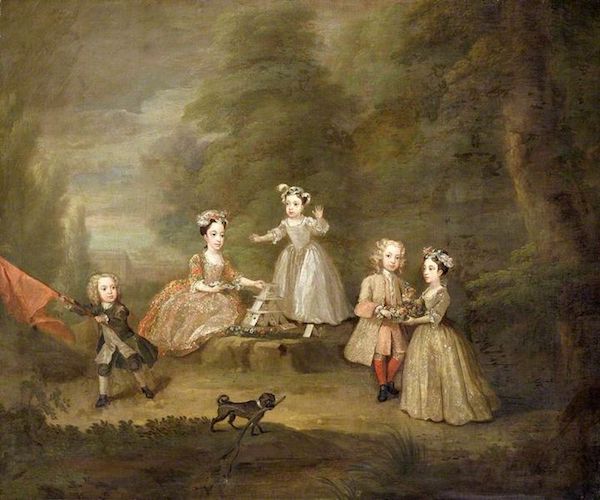 He was the first great English-born artist to have attracted admiration abroad, and while William Hogarth painted realistic portraiture, he was best known for his satirical engravings and paintings, images so persuasive that satirical political illustrations in this style are often referred to as “Hogarthian.” The best of these pieces was probably the one he painted in 1745, a self portrait that included his favorite Pug, and you can read more about that piece here.

It certainly wasn’t the only time Hogarth included his favorite breed – Pugs – in his work. In the painting entitled, “A House of Cards” (our thumbnail image), a group of unidentified group of children play, and in the foreground is a black Pug

Hogarth included a Pugs in his portrait of The Strode Family, and in an earlier painting, The Wollaston Family. The portrait below called, The Bruiser, satirized the English poet and satirist, Charles Churchill, and of course, there’s a Pug: 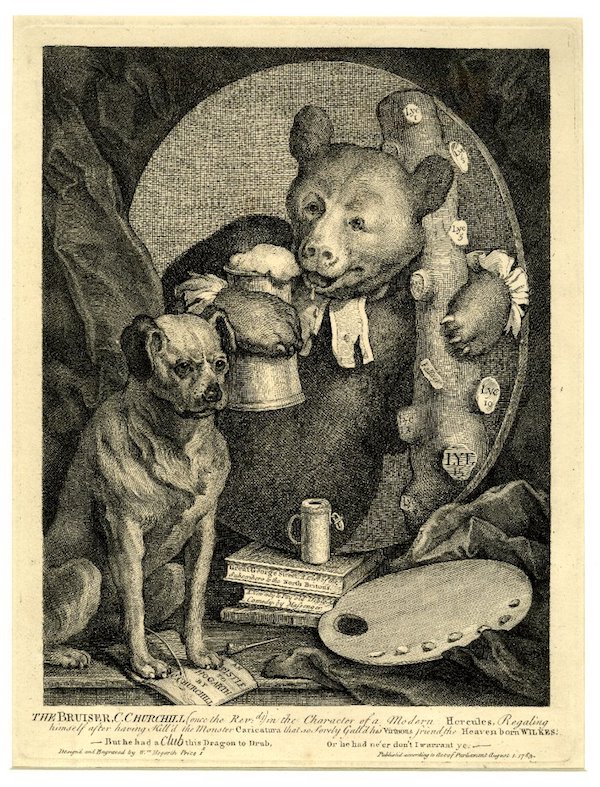 Pugs, or Dutch Mastiffs, as they were sometimes referred to in the 18th century, had become popular, and Hogarth was completely taken by them, having owned a number in his lifetime. He is said to have often reflected on the resemblance between himself and his Pugs, and artist, Paul Sandby, took this literally when he rendered Hogarth as half pug in his satirical engraving, “Puggs Graces,” seen below: 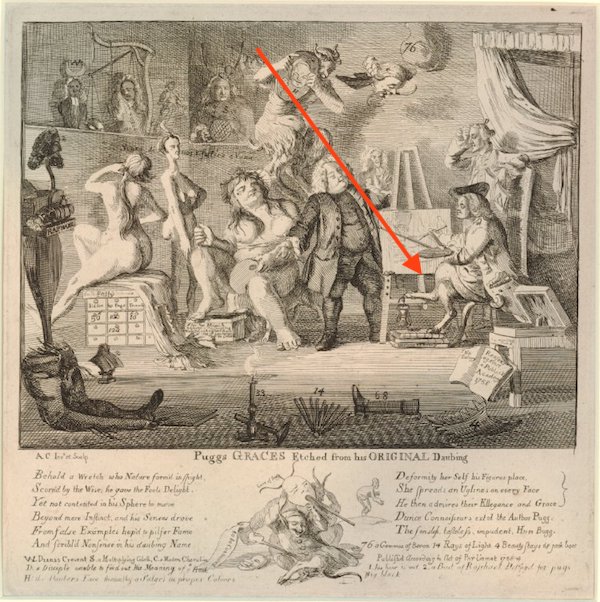 , that Hogarth probably saw in his Pugs something that hinted at his own notoriously pugnacious nature.’ They added, “It also without doubt symbolizes the importance of this domestic animal that Hogarth would elevate it to be on the same level as the artist himself.”

Image: “A House of Cards” was acquired by the National Museum of Wales in 1988, a gift accepted by H.M. Government in lieu of inheritance tax.