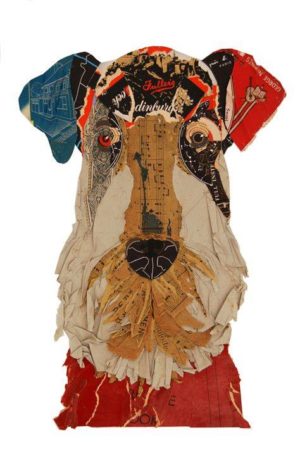 Dog fanciers can be notorious for collecting objects d’art in their breed. We’d guess that Scottish Terrier folks have lots of plaid in the house, and Foxhound folks have plenty of “hunt” themed objects. For our part as sheepdog owners, we finally culled our collection of sheep items when we realized we had enough for an actual Australia-sized flock.

Sometimes, however, it can pay to collect things, especially if one is patient.

To illustrate the point, consider President Warren G. Harding’s Airedale Terrier, Laddie Boy, who became a celebrity during his time as the White House dog. Laddie was Harding’s constant companion, whether it was at an important cabinet meeting or on the golf course. The media loved him, and The Washington Star and The New York Times couldn’t get enough of the dog. It seems that neither could the public.

To his credit, Harding never profited from Laddie’s fame. Although he was approached by several toy companies interested in creating stuffed toys of Laddie Boy, the president refused to endorse any of their products.  That said, Harding took such pleasure in Laddie Boy that he, himself, had 1,000 bronze miniatures made of the dog’s image in 1921, statuettes he simply gave away to friends, colleagues, and political supporters.

Today’s Airedale owner rummaging through the attics, estate sales, or antique stores would do well to keep an eye open for one of these statues. The Laddie Boy miniatures have become a rare find for collectors of presidential memorabilia and can fetch between $1,500 and $2,000. 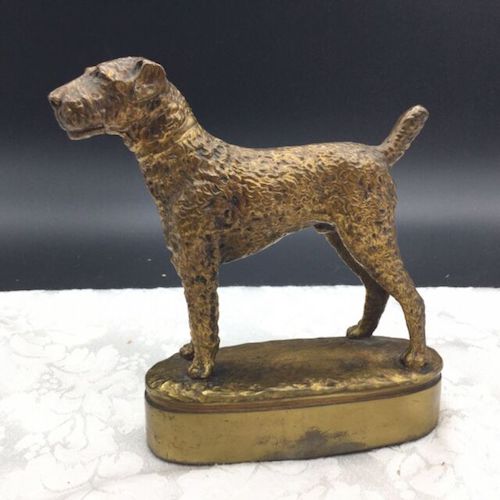 It seems fitting to move towards a conclusion with a quote from an editorial that Harding wrote while he was still editor of the Marion Star: “Whether the Creator planned it so, or environment and human companionship have made it so, men may learn richly through the love and fidelity of a brave and devoted dog.”

Our final note, however, comes in the way of lyrics written for a song titled, “Laddie Boy, He’s Gone,” by Edna Bell Seward. The verse was written in sympathy for the grieving dog when Harding died during cross-country train tour in San Francisco. Laddie had been left behind, but kept watching for a car to bring his master home.

As you wait—brown eyes aglisten
For a master’s face that’s gone
He is smiling at you, Laddie
From the peace of the Beyond

Laddie Boy was eventually given to the Secret Service agent, Harry Barker, who’d been assigned to protect Mrs. Harding. Laddie Boy settled into a new life at the home of Barker and his wife in Newtonville, Massachusetts and lived out his days there until he passed away on January 22, 1929. He is buried in Newtonville.