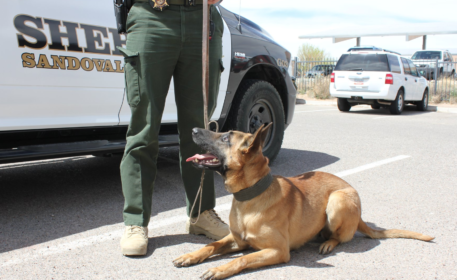 Does it seem to you that we’re seeing more and more Malinois becoming police K-9s?

In light of an earlier Facebook post sharing a report from the Belgian Laekenois National Specialty, we thought it fitting to mention Deputy Hondo, the newest recruit at the Sandoval County Sheriff’s Office. He’s not a Laekenois, but one of the other Belgian Sheepdogs, a Malinois: 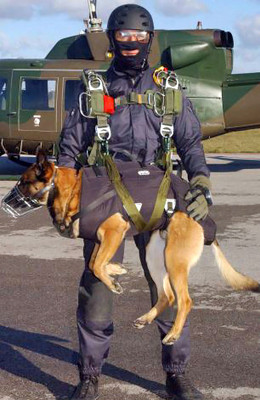 This is probably not Cairo

Even casual dog owners know about “Cairo,” the Belgian Malinois who trained to be a Military Working Dog at a young age, and then went on to Navy SEAL training. He was the only dog to accompany Navy SEAL Team 6 as they raided Osama bin Laden’s compound in Pakistan after being lowered from a helicopter while strapped to his handler. What made Cairo pretty valuable on the raid was something that couldn’t be replicated or simulated by humans or machines – the gifts his breed was born with, and this is what gave his human team mates advantages in the raid.

Mike Ritland, a former Navy SEAL, now trains dogs for US Special Forces, and in his book, “Trident K9 Warriors,” he wrote: These K-9s made me never want to go anywhere without a dog in front of me ever again.” That said, Ritland was curiously vague when writing about a Special Operations Forces (SOF) dog by the same name as Cairo, a dog he described as a mix of “supreme alpha dog and calm presence” — the 1% of the 1%.  He was found by his handler, Lloyd, in a chaotic kennel filled with yapping, over-excited dogs, but Cairo stood apart. He sat back, “high and tight, squared away like a good sailor.” Little wonder that Cairo became the first K9 deployed by the SEALs. He was unusual in that he loved helicopters. He was also the only member of SEAL Team 6 to be publicly named.

Before his passing, Cairo spent his retirement living with handler, Lloyd. He was fond of strolling around with his security blanket, and allowing Lloyd’s other dog, a tiny Beagle, to take him down in wrestling matches.

How cool are Malinois?

The Guinness world record for the earliest dog in space was set by Laika, the first dog in space in November 1957 on board Sputnik 2, but in 2011, canine parachute instructor, Mike Forsythe, and his Malinois, Cara, set the world record for highest man-dog parachute deployment, jumping from more than 30,100 feet up — the altitude transoceanic passenger jets fly at. Both Forsythe and Cara were wearing oxygen masks and skin protectors for the jump: 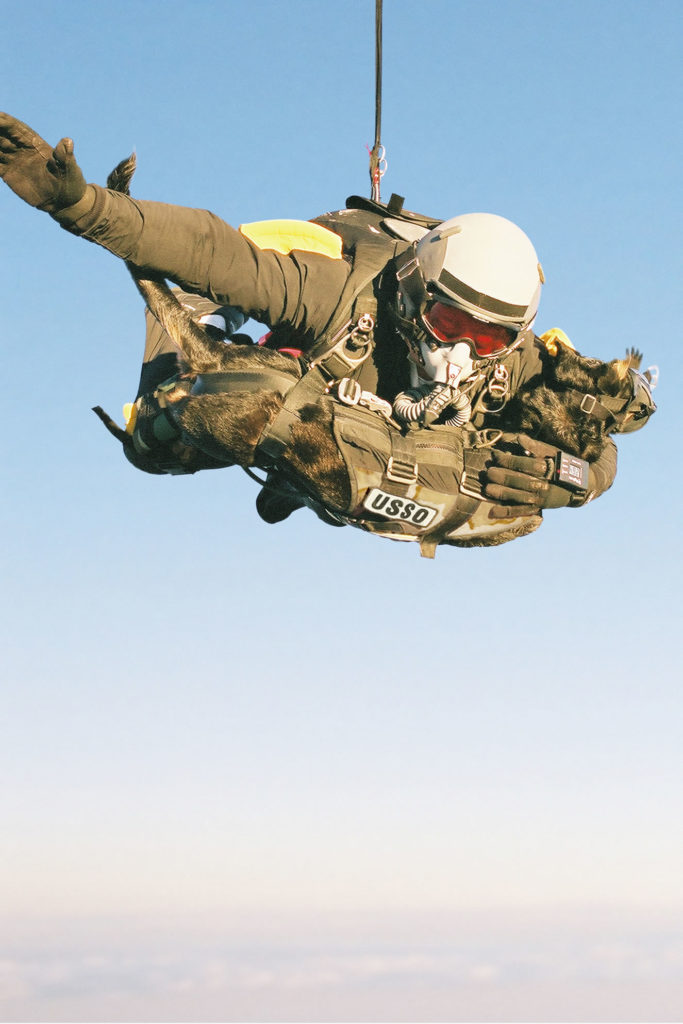 How many people could do this, let alone a dog?

So Sheriff Casaus of the Sandoval County Sheriff’s Office, fear not, you are in good paws.