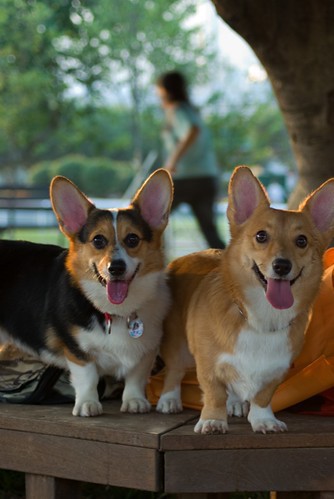 Many hearts fell in 2009 when The Kennel Club in the UK placed the Pembroke Welsh Corgi first on its “at-watch” list of breeds of British and Irish origin. Its presence so near the Vulnerable Breeds list meant that fewer than 300 registrations for Pembroke puppies were made, an unsustainable number for a breed to thrive in the future, and thus, the breed was at risk of vanishing.

With just 274 registrations in 2014, the Pembroke Welsh Corgi was actually placed on the vulnerable list for the first time in 2015,  a 16 percent drop from just two years prior, and only a week after the Sunday Express reported that Queen Elizabeth wouldn’t be bringing new Corgis into the royal household. Her last purebred Pembroke, “Willow,” died in 2018.

There is, however, a bright ending to this story.

As of 2019, the Pembroke Welsh Corgi is completely off the list. That’s a remarkable achievement in less than five years, and some credit the breed’s comeback to Netflix’s The Crown in which the breed figured prominently – perhaps one of the few times that pop culture actually helped a breed instead of harming it (according to the Kennel Club’s website, interest in the breed soared by 22% after the airing of the second series of the show). Neither did it hurt that Instagram, the third fastest growing social media platform (after TikTok and LinkedIn) got over a million posts between thirteen different Pembroke Welsh Corgis which put on display how marvelous this breed is.

Sadly, the news is less cheery for the Cardigan Welsh Corgi. As of 2019, only 126 Cardigans were registered with The Kennel Club, a drop from the previous year.

One blogger asked, “Are Corgis Really Going Extinct?” and answered the question with more questions. Were breeders not being able to breed the dogs fast enough? In the case of the Pembroke, did banning tail-docking in several countries really lead to the decline because the breed would look different from what people came to expect?

Happily, the news is different in the United States where both breeds are faring better, but it’s a sad statement when the country of origin can’t sustain the numbers of one of its proverbial sons.

*In Welsh, cor means dwarf while gi is a form of the word dog, so the name literally translates to “dwarf dog.”

Image by Yoshi Home is licensed under CC BY-NC-ND 2.0