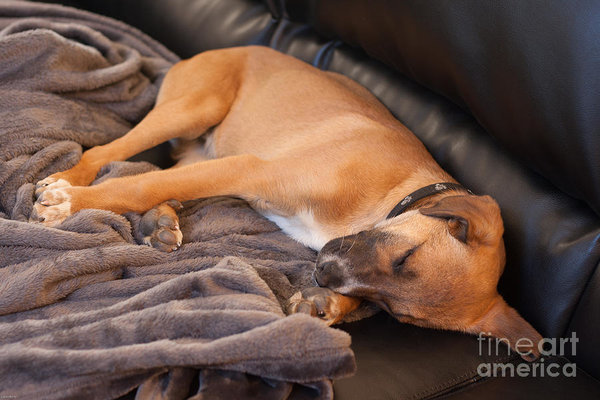 It’s been said that the Appalachians in Tennessee and Kentucky could never have been settled without the curs working with pioneers. Alternately called “bear dogs,” “hog dogs” or simply, “Hunting Dogs,” only one of the several dogs that could fit this general description has the characteristic black muzzle and lips for which it is named, and that is the Black Mouth Cur, or BMC.

Some people can’t tell the difference between the Mountain Cur and the BMC, but there are a few dissimilarities. The Mountain Cur, of course, has the black muzzle, but it was also bred specifically for treeing and trailing small game while the BMC is an all-rounder that can herd livestock and hunt game. BMCs typically have a short coat to the Mountain Cur’s longer one, and Mountain Curs are normally lighter boned, and have a wider range of acceptable colors. Some people think Mountain Curs bark more than a BMC, the latter being a generally quiet dog.

After that, it can get really confusing. Debate still rages among Black Mouth Cur fanciers to this day as to whether the breed was first developed in Tennessee or Mississippi. And then there are the names and types:

Obviously, there are many distinct lines of Black Mouth Cur, and most of them are either named for the family that developed them (some having bred the dogs for well over 150 years), or for the area in which they were developed. The Southern Black Mouth Cur is from Alabama, the Foundation Black Mouth Cur hails from Texas, and the Ladner Yellow Black Mouth Cur calls Mississippi home.

The type of stock can also distinguish one line from the other; the Texas Black Mouth Cur is used mostly to herd cattle, as was the Florida Black Mouth Cur (recognizable by its yellow coat) and the Wetherford Ben Blackmouth Cur. Hunting style can be another distinguishing factor. The Ladner, Nolan, Lott, Lee, and Ford are said to be able to drift a track and tree game with ease, not the normal purview of the breed. As an aside, the Ladner (which originated from Mississippi) was the first Blackmouth Cur line and was registered with the National Kennel Club in 1964.

In 1998, the United Kennel Club recognized the Black Mouth Cur

Image: “Couch Potato” by Luke Herro is available as a art, a greeting card and phone case here.