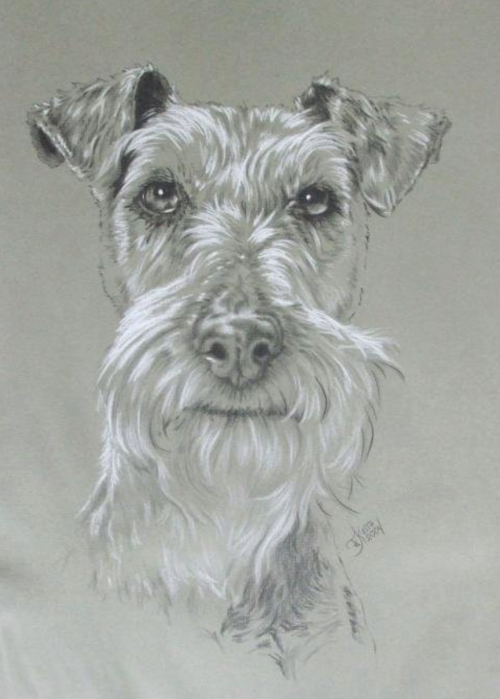 D’Artagnan was the devil-may-care hero of Alexander Dumas’ Three Musketeers classic, and the name resonated with old time Irish Terrier fanciers reminded of the “heedless, reckless pluck” mentioned in the Irish Terrier breed standard. “Daredevil” is a more familiar nickname for this breed, but prominent IT breeder, William Graham, put it another way when he theorized that the only reason Irish Terriers weren’t listed among the cargo of Noah’s Ark was that “it was quite unnecessary to take a pair aboard, they could swim alongside so well. We’re partial to an old Irish Terrier joke says that Irish Terriers are friendly with other animals if the other animal is submissive or dead.