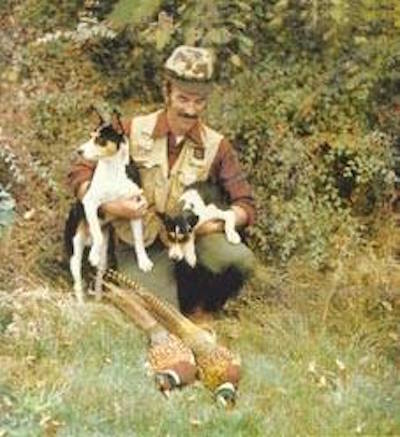 As the story goes, Milton, the owner of a plant nursery near Eugene, Oregon, was shopping for plant stock. No sooner had he pulled into the driveway of the wholesale nursery of Betty and Chris Lindseth when several Rat terriers flew out of the house to check him out. An avid hunter, Milton was gobsmacked by these dogs, and the rest of his visit didn’t turn out to be about plants, but about those terriers. After a while, the Lindseths had taken a liking to Milton, and invited him to pick out a dog for himself. Milton picked “Henry,” the quietest of the bunch.

At 32 pounds, Henry was a hefty boy for his breed, but after one hunting outing, Milton saw great working ability in him. Henry had natural treeing instincts, was great on upland birds, and would hunt any pest alive. Milton Decker was smitten. 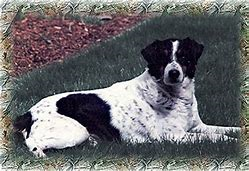 Wanting to preserve Henry’s qualities, Milton set out to find Rat Terriers he felt would create his ideal of the perfect dog –  a strain of uber-prey-driven hunting Rat Terriers, but with the proper temperament: Milton’s son, Ellis Decker, would later say, “Temperament definitely played a large role in the creation of these dogs. Almost more than hunting ability. Dad was careful to choose for many reasons, and temperament was at the top of the list. They are like people, all have different personalities.”

Milton began his journey in the 70s by acquiring the largest Rat Terriers he could find to use as breeding stock. By the time he was satisfied with the results of his breeding program, he had developed a dog that stood taller at the shoulder than other Rat terriers, and was heavier, weighing between 25 and 35 pounds. Milton’s new line was called “Decker Rat Terriers,” or “Decker Giants,” and to be a true Decker terrier, the original Decker bloodline had to be carried through a dog’s pedigree.

In some parts of the country, Deckers are used extensively for hunting, and depending upon whom you ask, they’re regarded as great “squirrel dogs,” and unequaled as a “jump dog” for deer in brushy areas (so called because they’ll seek out the deer, jump him and chase him about 200 yards while yipping shrilly, then return to their master).

While Deckers are generally larger than average Rat Terriers, some breed enthusiasts insist that it’s bloodline, not size, that makes a dog a Decker.  We’re come across a few bullet points as to what the subtle differences are that sets Deckers apart from any other size of Rat Terrier (but as always, we defer to the breed experts):  A Decker’s skull is somewhat broader and tends to wedge into the muzzle and square off; Face wrinkles are common, as is a “regal elegance” to the dog, and, of course, there’s the size. Some sources say that Decker added a few other breeds into his breeding program, such as the Basenji (which would account for the wrinkles), but the breed makeup is still mostly Rat Terrier.

Thumbnail image of Milton Decker with his Deckers, an image found on Pinterest and happily credited upon receipt of information. Insert photo of ‘Henry.”

100 thoughts on “The Decker Rat Terrier”