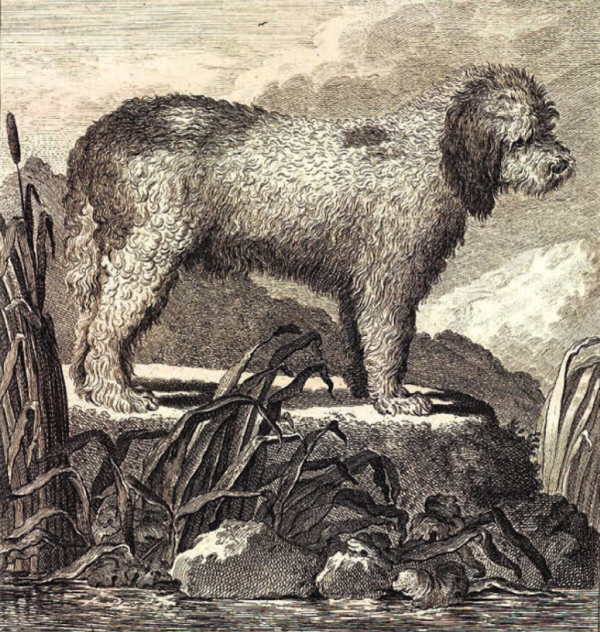 Does your breed have different names for the different ages of the breed? The Barbet does, but more on that in a bit.

Named in France for the first time by Jacques du Fouilloux in the 16th century (which he took from the French word, “barbe,” meaning beard), the Barbet was one of the original water dogs with a documented history dating to at least the medieval period.  These dogs were known to hunt water fowl in France since the 14th century which we know because of a reference to the Barbet as a specific breed in a book written by a Gascon Count in 1387.  Additional reference to the breed came in 1587 when the mistress to Henry IV, Corisande, was chastised for attending church with “a fool, a monkey, and a Barbet.”

The first breed standard traces back to 1891, but the genes of the “canis aviarius aquaticus” par excellence may course through several of our modern breeds, including the Poodle, Briard, Portuguese Water Dog, and possibly the American Water Spaniel.

Did you know that there are different names to refer to different genders and ages of a Barbet? There’s even a name for the breed fancier. Behold:

Image of a Barbet print dating from 1766