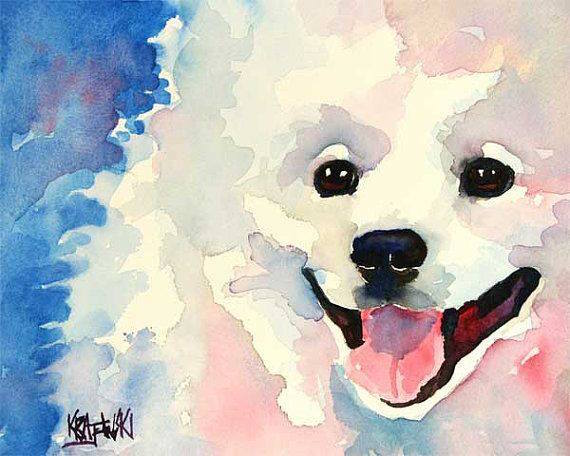 The sparkling white, fluffy and “fatally gorgeous” American Eskimo Dog is often referred to as the “Dog Beautiful,” though the breed’s admirers also know the dogs to be clever, active and utterly mischievous. These dogs were often found in the homes of German immigrants in America during the 19th century, dogs who were likely descendants of white German Spitz, white Keeshonden, or large white Pomeranians that relocated with their European people. The breed came to be known collectively as American Spitz, but in 1917, the name changed to the “American Eskimo Dog” for reasons we couldn’t ascertain with certainty)(though the link between the word, “spitz” and anti-German sentiments following the war are suggestive). Some sources suggested that using the word, “Eskimo” was a nod to the breed’s developmental association with Nordic dogs developed by native Americans, but the jury is, as they say, still out on that one.