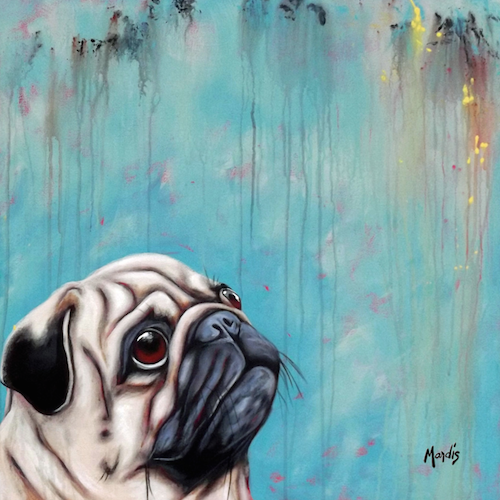 When Pugs first arrived on the scene, they were called Dutch Mastiffs, or Dwarf Mastiffs, because their wrinkles, body contours and even coloring resembled mastiffs. Pugs were neither Dutch nor Mastiffs, of course, and by the early 1700s, they were more commonly called “Dutch Pugs.” The Dutch reference was a result of the breed being the official dog of the House of Orange (this after a Pug’s alertness saved the life of William I of the Netherlands in 1572).  As for the name, “Pug,” the cynologist known as “Stonehenge” believed that “Pug” was derived from the Latin word, “pugnus,” or fist because “the shadow of a clenched fist was considered to resemble the dog’s profile.”

“Oliver’ by Michelle Mardis may be purchased here.

2 thoughts on “The Dutch Mastiff. Neither Dutch nor a Mastiff”