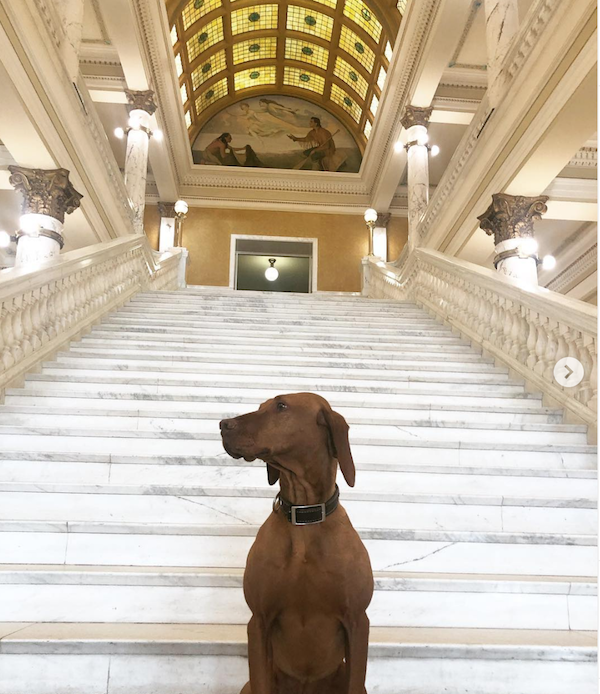 Governors of South Dakota have a long history with dogs, and two of them have been immortalized in bronze.

When it came time to cast the likeness of South Dakota’s 31st governor, Mike Rounds, into bronze, he requested that “Baby,” his beloved yellow Lab and hunting partner be included.  Baby, who earned her name by being the “runt” of her litter, passed away in 2011 at the of fourteen. The statue of her and Rounds now stands outside the Governor’s Residence: 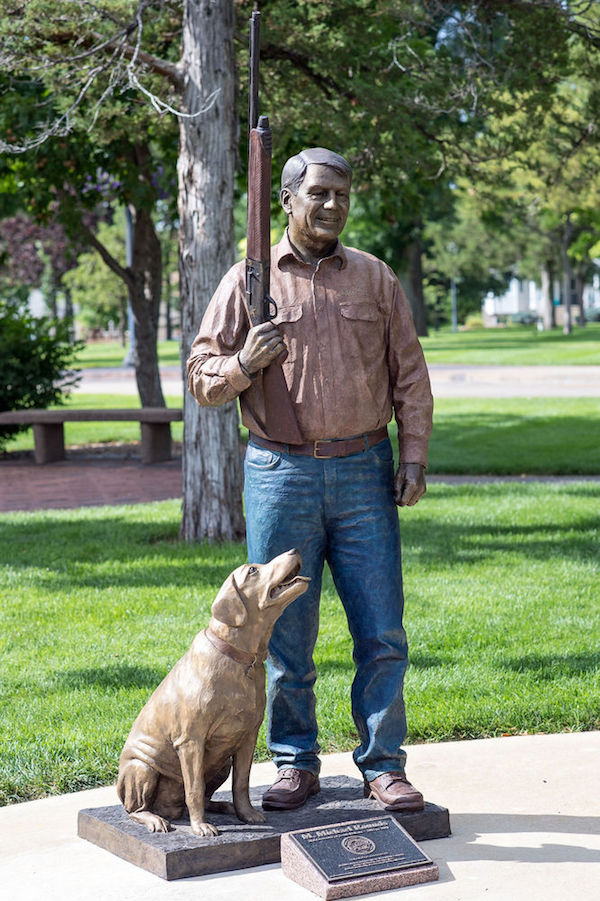 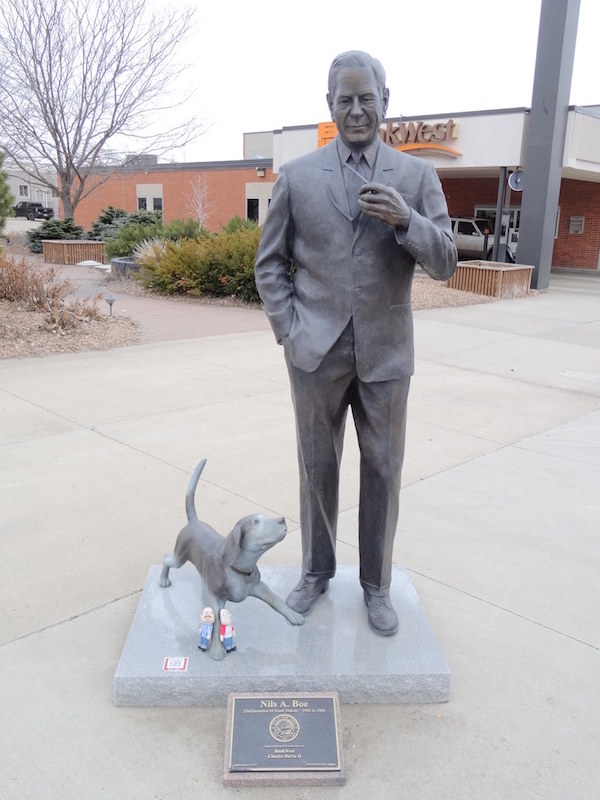 Boe’s fellow legislators presented him with a Beagle puppy while he was serving as speaker. The puppy, who came to be known as “Beagle Boe,” was a big part of his bachelor owner’s life, and often attended cabinet meetings and official functions, and accompanied his master on trips to Zesto for ice cream.  Their statues now stand in downtown Pierre on the corner of Dakota Avenue and Pierre Street.

The current governor of South Dakota, Kristi Lynn Noem, is the first woman to hold the office, and she has held up the tradition of taking along a dog to the governor’s mansion. A lifelong rancher, farmer and small business owner, Noem is also an avid hunter who started a hunting lodge, and it makes sense that South Dakota’s current “First Dog” is Noem’s hunting partner, a Viszla named “Hazel.” Everyone is settling in, but after seven months in the new residence, Hazel still finds the thousands of geese populating Capitol Lake in her backyard highly pesky. 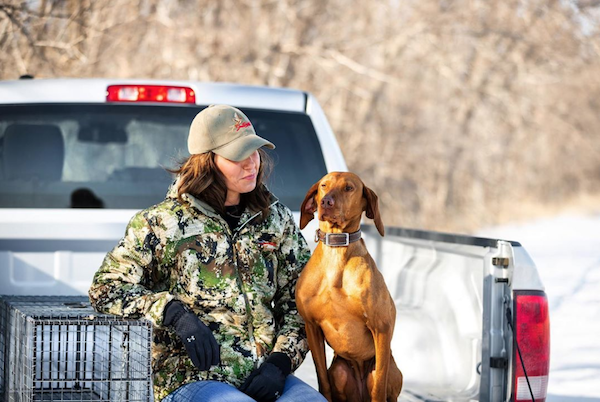