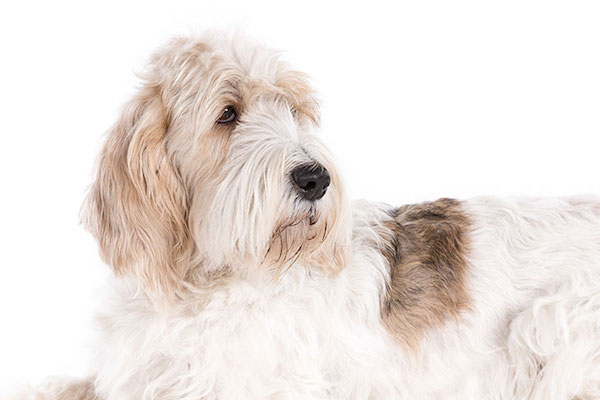 No one likes to look stupid, but in the world of dogs, there are terms we don’t always understand, especially when we’re newbies, or we have a new breed. Most of us are reluctant to admit ignorance because, well, refer back to the whole looking stupid thing.

A “gay tail.” It’s not this!! Nor is it the same thing as a dog that’s really happy to see you. Spend a morning at a dog show visiting different breed rings and the term will come up. Either a dog has one and it’s bad, or a dog doesn’t have one, and it should.  Repeat after us: It all depends upon the breed standard.

A gay tail is a tail that is carried very high, or over a dog’s back, or certainly higher than is approved by the dog’s breed standard.  It’s a tail that can also be set a little higher at the point where it connects to the body.  Some standards spell this out by saying that a gay tail is not a good thing: The standards of the Grand Basset Griffon Vendéen, Cesky Terrier, and Rhodesian Ridgeback elude to this. Other standards flat out say that it’s a fault, such as the standards for the Coton de Tulear and Italian Greyhound. OTOH, the Smooth Fox Terrier standard calls for the tail, or stern, to be carried gaily, but not over the back; the Lakeland Terrier calls for the tail to be set high on the back – and even though it is customarily docked –  the tip of the tail is level with the occiput on the dog’s head when the dog is stacked or set up in show position.  The Tibetan Spaniel standard calls for the tail [to be] set high, richly plumed and carried in a gay curl over the back when moving.

The remaining breed standards indicate, by and large, what a proper tail is for that breed, and assume that the reader knows that tacit in the wording is that anything other than what is called for is incorrect, such as a gay tail.

Having said all this, did you know that clicker training can train a dog to carry her tail a different way if, anatomically, the dog is correct, but she’s gotten into the habit of carrying her tail too high?  Karen Pryor mentions this on her website.

Image: We lack permission to share photos we found of dogs with gay tails, and unless someone is willing to share a photograph of their dog with a gay tail, we’re sharing, instead the photo of a lovely Grand Basset Griffon Vendéen that comes (with consent) from the AKC’s website on the breed.