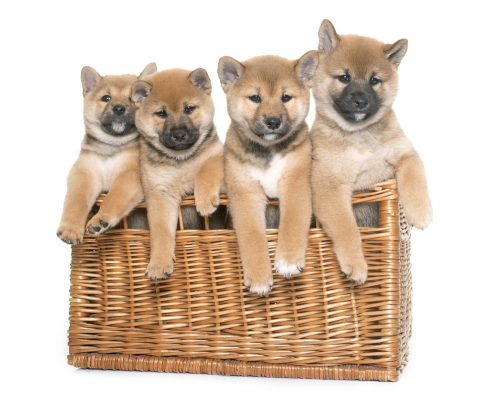 There is only one Shiba breed found in the western world, and we know it as the Shiba Inu, but did you know that there are actually three other Shibas of Japan? They are the Mino Shiba, the San’in Shiba (sometimes seen as San In or Sanin), the Shinshu Shiba, and of course, the Shiba Inu, the most common of the four.  Some say there are five Shiba breeds, but those people would be including the Jomon Shiba, a “re-creation” breed we’ll get to in a minute. 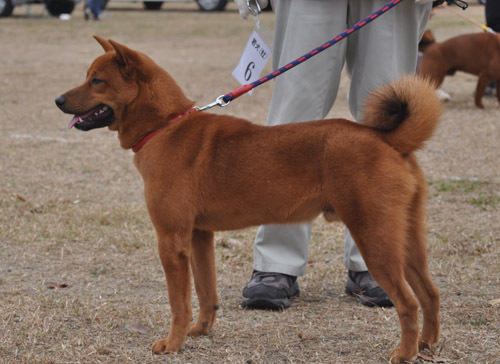 The Mino Shiba (seen above)  comes from the prefecture of Gifu and was one of the foundation lines used in the preservation of the modern Shiba following the war. This smaller built dog (some might say “refined) is easily identified by its deep mahogany color devoid of “urajiro,” its deep brown rectangular eyes, and Sashi-U tail.  Also known as the Minowa Shiba Inu, these dogs have their own registry, though a few have appeared at NIPPO Shows to educate the public about the breed.

Below is the San’in Shiba from Tottori and Shimane Prefectures:

This larger built dog comes from the north-eastern region of the mainland, though recent DNA analysis hints that it has connections to the Korean Jindo dog, and it’s easy to spot similarities between the two. It, too, was incorporated into the Shiba Inu’s foundational bloodlines, and perhaps that is the source of the Shiba Inu’s streak of independence. 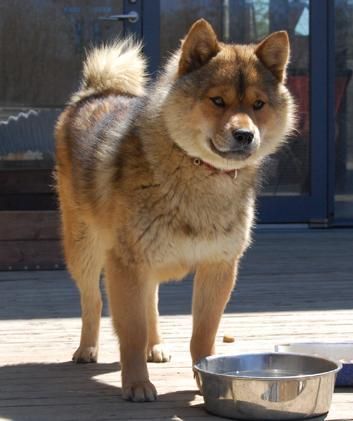 Next is the Shinshu Shiba seen at the right. While the Mino and Sanin Shibas nearly became extinct during World War II and following a subsequent outbreak of distemper, more of the Shinshu Shibas survived. These dogs from the Nagano prefecture were smaller, had rounder eyes, grew a solid undercoat with dense layer of guard-hairs, and had a sickle tail rather than the common curled tail found on most modern Shibas. There are those who don’t feel these dogs are typical of a Japanese breed, and perhaps that’s why so little is written about them.

After the war, remaining dogs of the various bloodlines were combined to produce the Shiba Inu as it is known today.

And finally, there is what has been called the “original” or “wolf” Shiba, a dog referred to as the Jomon Shiba and is seen below: 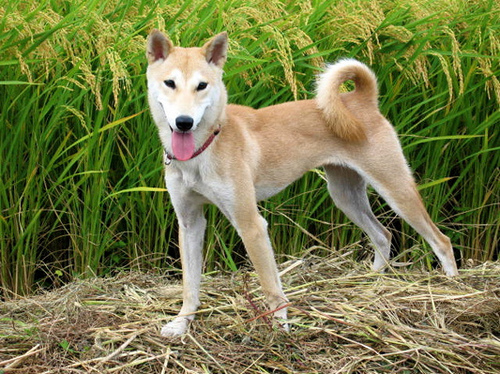 The Jomon Shiba is neither wolf nor wolf mixed, though they do resemble preserved Japanese Wolves. Taller, leaner, and with a shallow stop, this “breed” was intentionally created to resemble the dogs of Japan from 1,000 years ago. Jomon Shiba rarely have “Inu” and “Ken” following their name, though some Japanese breeders do write “Jomon Shiba Inu”