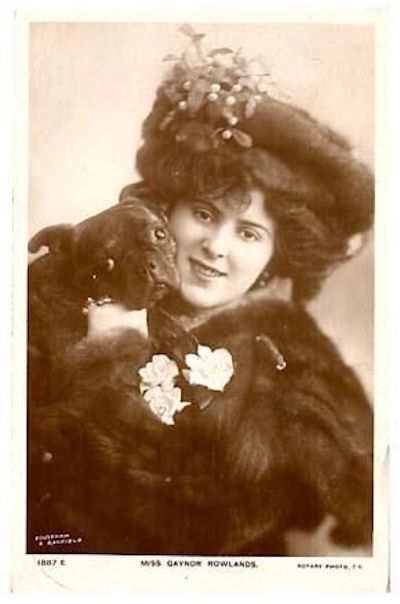 The wink and a nod accompanying the mention of a “French postcard” would likely be lost on the young, but “worldly” individuals of a certain generation may remember, if only by reputation, hearing something about saucy postcards from France.

The first photographic postcard is believed to have been produced in 1894 in the UK, and it didn’t take long for enterprising photographers to apply their skills to a more erotic niche. Photographers taking these pictures used false or acronymic signatures because being arrested on morals charges was bad for business, especially if they had legitimate photography businesses by day. By today’s standards, the postcards are tame, if not quaint, but indecency laws of the time meant that the cards were sold and traded discretely in tobacco stores, bouquinistes (Parisian booksellers), or on the fly by shady looking street dealers. They weren’t literally a postcard since mailing once would have been illegal, but they were postcard sized and shaped.

As for the models, the threat of fines and even prison caused most models to use false names and wear wigs to conceal their identity, and as a result, their identities remain unknown to this day. It’s acknowledged that “ladies of the evening” were frequent subjects, and that leads us to mention a particular niche of this type of postcard.

So many “street walkers” adopted French Bulldogs as their companions that a new genre of erotic French postcards evolved, ones that featured “working women” in various stages of “disarray” in the company of their little dogs. In fact, late-19th and early-20th-century Parisian “belles de nuit” (prostitutes) were the first to call the breed, “Bouledogues Francais,” or French bulldogs. The exotic looks of a French Bulldog would catch the attention of passersby on the street and lead to conversation between the dog’s mistress and the stranger; before long, a “business transaction” could commence. The dog’s name caught on and spread among French writers, artists and bohemians.

Image: As we are a family friendly site, we’ve chosen not to share an image of one of these postcards, and share instead a photo of Gaynor Rowlands with her French Bulldog. Ms. Rowlands was an English actress, singer, and dancer who became known as “Eos Gwalia,” or The Nightingale of Wales.  In her time, she was the most photographed of the “Gaiety Girls,” chorus girls who appeared in Edwardian musical comedies. Her roles were the subject of many picture postcards. Sadly, she died of complications following an operation for appendicitis.