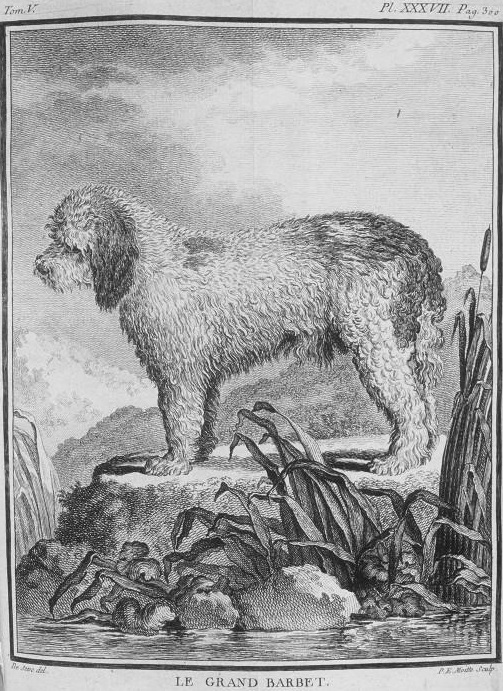 Under certain circumstances, the word “patrimony” can strike terror in the hearts of some, but not so much in the world of dogs. Because of the sheer number of breeds that have this breed’s blood in their ancestry, the Barbet is regarded as a major contributor to French canine patrimony. It was the French Water Dog, and part of the bigger family of water dogs. The Barbet’s long history reaches to at least the 16th century; while many countries had their water dogs, they were not called Barbets, a name that in France was the generic word used to designate any long haired dog with a beard (barbe) before it became the official name of a breed of French dogs.
Image from Wikipedia via Bibliothèque nationale de France under public domain