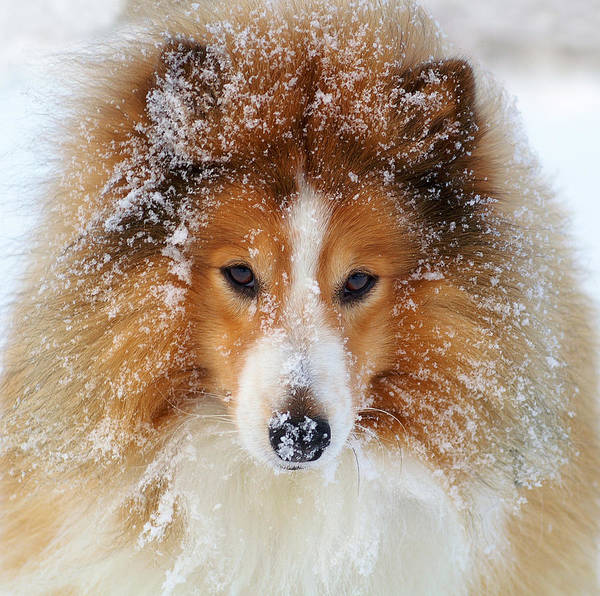 In “civilian” life, a frill is associated with decoration, be it a strip of paper with a curl at the end, or a gathering of fabric on clothing.  In the dog world, however, it’s all about the coat, and only nine breeds warrant it important enough to include in their breed standards.

Two sporting breeds, the Clumber Spaniel and the Sussex Spaniel, mention frill in their respective breed standards. In the herding group, it’s the Sheltie, Miniature American Shepherd, Collie, and Australian Shepherd. The only hound with “frill” in the standard is the Borzoi, while the only terrier to mention it is the Irish Terrier. Last, and smallest, is the only toy breed with “frill,” the Papillon.

Frill can be the long hair on the front of the dog’s neck, and such is the case for the Clumber Spaniel and Collie.  In the Papillon, it’s on the chest, and in the Sheltie, the “frill” includes the hair on the top of the neck and basically refers to the whole ruff. From the breed standard: “When in repose the ears fold lengthwise and are thrown back into the frill.”

Interestingly, in the Irish Terrier, it’s a fine line hair pattern on each side of the dog’s neck extending almost to the corner of the ear. Generically speaking, however, it’s abundant coat that can go from the neck and forefront of the shoulders to the chest. Many breeds have similar features in their coat, but in those breeds it’s called a “ruff,” and we’ll cover that in another post.

Image: Sheltie by Allan Wallberg may be purchased as art work and as a greeting card here.