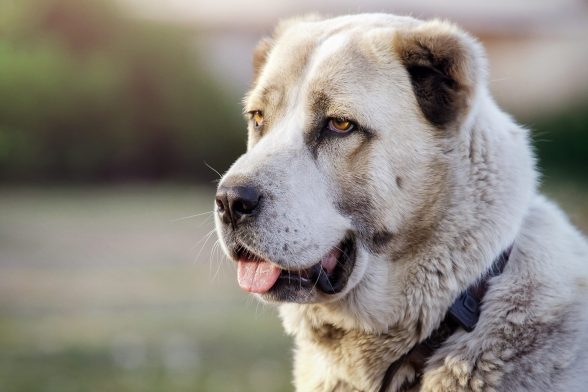 In April of 2011,  the AKC had sixty breeds in its Foundation Stock Service (FSS) program, but in the last eleven years, twenty breeds have been added and there are now eighty breeds in the FSS. Twenty-two of them are in the Working Group, by far the largest of the FSS groups. The next largest group is the Hound Group with eighteen breeds, followed by the Herding Group with fifteen, Sporting with twelve, Non-Sporting with seven breeds, and Terrier and Toys with three each.

As far as we can tell, the most recent breed voted to be eligible for recording in the FSS was the Japanese Akitainu which was decided in February of 2022. Curiously (to us, anyway) is that it was given a Non-Sporting designation (we would have thought it would fit into the Working Group). It most likely will be approved to advance to the Miscellaneous Class effective January 1, 2023.

One breed that has been waiting in the FSS wings for a while is the Central Asian Shepherd Dog which was added in 1996. It is hardly the fault of the breed to still be in the service after a quarter of a century as there is criteria to be met, and a check list of steps taken before a breed can move from the FSS to the Miscellaneous Class. In the case of the Central Asian Shepherd Dog, we hazard a guess (and it’s only a guess) that it may be challenging for a rare breed in this country to meet the 300-400 minimum number of dogs with three generation pedigrees to move on.

That said, the breed is fully accepted by the FCI, and in 2001 was recognized by the United Kennel Club.

The UKC lists a curious “fault” for the breed in its standard: Obesity. It’s said that Genghis Kahn conquered half of the world with these dogs, and we don’t suppose he did it with fat dogs. Given that the breed’s Russian nickname is “Volkadov,” or Wolf Crusher,  neither would we guess that “chubby” fits the narrative of a dog confronting a snow leopard or wolf.  These are big and impressive Livestock Guardian Dogs that have worked alongside shepherds in the region of Central Asia for 5,000 years.  We doubt that five millennia ago, any dog battled bulge.

But we have digressed. Again. We circle back to FSS breeds by sharing a quiz we found on the AKC Foundation Stock Service breeds – and we caution you, it’s hard!   You will have more success if you know know the names of the FSS breeds (the quiz will take 72 names, not the current 80 that are recorded in the service).  As soon as you click on “play quiz” at this link, start typing the names of the breeds in the “enter answer” box one at a time, then hit enter to type in another name.

Oh, and you have 20 minutes to complete the quiz.  Have fun!

Image: Central Asian Shepherd Dog by Linas T/Adobe Stock Photo. We suspect some readers may be curious about the dogs’ ears in both photos. It has been an ancient custom in many countries to crop the ears of livestock guardian breeds at risk of attack by predators who find ears and tails easy targets as they try to neutralize a dog protecting its charges. We share the account of one shepherd whose dog was attacked and lost an ear flap and half their tail. Cropping an LGD’s ears prevents serious, painful injury to the dog and improves their chances to defend themselves.